Breast augmentation, rhinoplasty, botox injections, and butt lifts are all procedures women seek. And stats are showing more and more black women are receiving cosmetic surgeries to enhance their physical features. Some are even doing it at the expense of losing their lives just to save a buck or two. 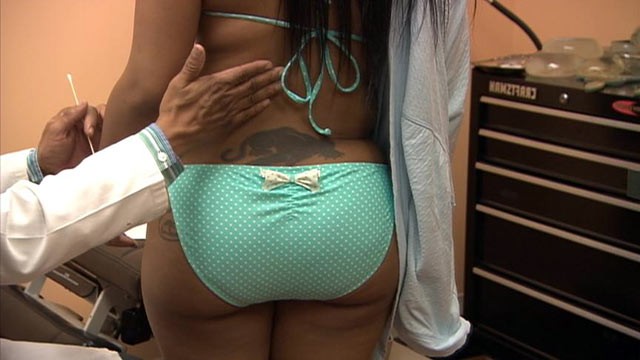 Although statistics from the American Society of Plastic Surgeons prove the bulk of the plastic surgery business comes from whites, black women are gradually becoming more accepting of it, doctors and patients say.

During a “20/20” interview Phyllis Jackson, one of the guests, said she was getting Botox despite community “pressure.”

“There's a pressure from the community that, you know, 'African-American women don't need to have beauty enhancements,'” she said.

“I've wanted my backside larger all my life,” another black woman, who asked not to be identified, told “20/20.” “One day I just woke up and everybody was talking about butt, butt, butt. They'd had this surgery and that surgery.” When she visited Wyatt, she said, “the first question I asked him was, How big can you make my butt?”

Within the past year, several women have been so desperate to enhance their beauty, they put their lives in the hands of inexperienced practitioners. The results have ranged from life threatening to tragic, yet many women continue to take deadly chances.

Recently, one woman was hospitalized with severe chest pains and remains in critical condition after family members said a local hairstylist gave her an injection of an unknown liquid gel to increase the size of her boobs. In the same instance, four other women have also made complaints of botched up procedures.

Will women ever learn to accept their natural features, and love themselves for who they are the way God made them?