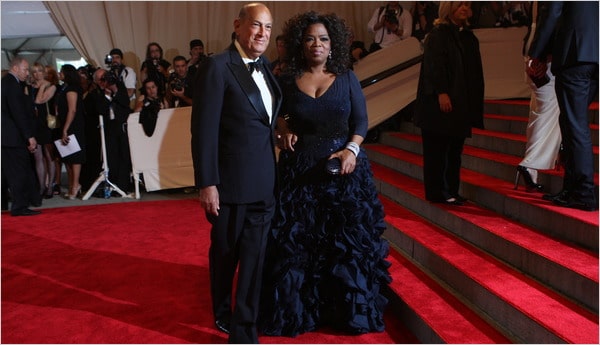 The Costume Institute at the Metropolitan Museum of Art held its annual gala last night, attracting a red-carpet lineup of fashion and movie stars.

As guests entered the Museum’s Great Hall, they were confronted by three superhero figures looming nearly 20 feet high — Superman, Wonder Woman, and Batman — made of high-density foam and painted to resemble monumental sculptures. Reminiscent of the marble figures in the nearby Greek and Roman galleries, these statues were mere foam, disposable after a night of partying.

The continuing superhero exhibit, “Superheroes: Fashion and Fantasy,” is in the Costume Institute’s galleries. It includes movie costumes (and Lynda Carter’s faded Wonder Woman outfit), built-for-speed athletic gear, and high fashion that is as fantastical than anything found in the pages of DC or Marvel. Exuberant and often beautiful, the fashion is more costume than clothing–work that belongs in a museum or on a stage. A gold-scaled cat suit with a hard, shiny breast plate won’t be worn on the street, or even to the Met’s gala.

This year’s gala and exhibit sponsor is Giorgio Armani, the king of understated elegance — in his words, “a fashion that is worn.” He gets the irony. “The curators must have worked very hard to find something in my past that belongs in this exhibit,” he told reporters through a translator. (A delicate dress embroidered with a spider web and some “armored” mens wear represent the designer, while the spirit of Armani aficionado Michelle Pfeiffer inhabits her crouching Catwoman costume.)

The exhibit’s real superhero art is in the literal and metaphorical background, including vintage comic books framed at the end. The exhibit’s designer Nathan Crowley, commissioned fresh off his production design for The Dark Knight, has turned the Costume Institute’s usually claustrophobic galleries into a dynamic, light-filled showcase, with strategically placed mirrors and dramatic background art, including work by star comics artist Alex Ross.

The exhibit highlights the tension between popular and high art, even the applied art of couture. Like wearability, the unironic appeal of superheroes–of power and personal transformation and heroism itself–is out of place in the culture of contemporary art. The imaginations in which superheroes live are not those of designers making visual statements about the excesses of American patriotism or the hypertrophied male form. Exhibit curator Andrew Bolton may have been inspired in part by The Amazing Adventures of Kavalier and Clay, Michael Chabon’s sympathetic novel of the early years of superhero comics. But when visitors end their tour in the exhibit’s gift shop, they find it decorated with “Wham” and “Pow” posters that look straight out of the terribly ironic Batman TV series.