Tragedy: Mom Kills Herself and 3 Kids After Learning Dad Was Cheating

LaShanda Armstrong, 25, of New York, reportedly drove her car into the freezing Hudson River, killing herself and three of her children, after finding out the kids father was allegedly sleeping with another woman. A fourth child, age 10, was also in the car, but managed to escape by climbing out the window before the car went under. 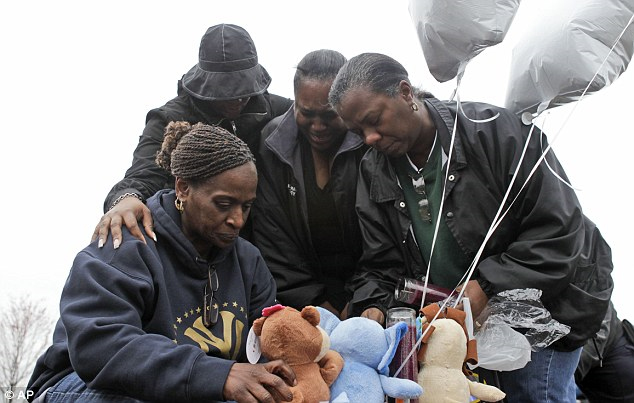 The way the story is being told, LaShanda was unable to cope after discovering Jean Pierre, 26, was cheating on her. In despair, she loaded her minivan with all four of her kids, and drove it into a river seven blocks from their home in Newburgh, New York.

Sharon Ramirez, who admitted to having a relationship with Pierre, says LaShanda “must have just snapped.”

“He was sleeping around and when she confronted him about it he laughed,” says Ramirez. “He left her at one point because she wouldn't put up with it. He was old fashioned and treated her like his territory.

“When we were seeing each other he told me he had kids but not that he was seeing somebody, when he was.

“She must have just snapped. Knowing her and knowing the way she is, she just couldn't take it any more. Whatever he said that night, it was the final straw.”