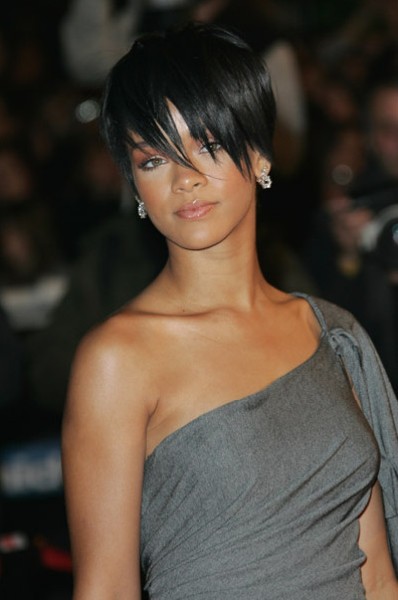 In serious need of some R&R, the 20-year-old artist has opted to postpone a sold-out concert scheduled for Friday in Kuala Lumpur, Malaysia, a spokesman for show organizer Pineapple Concerts confirms to E! News.

“In light of recent events involving Rihanna, [William Morris Agency] will confirm within two weeks from now on a replacement date to be mutually agreed” upon by the organizer and the singer's camp, Pineapple managing director Razman Razali said in a statement.“We sincerely regret this unavoidable shift in schedule and apologize to the fans for any inconvenience caused.”

In the meantime, Rihanna has been discharged from Cedars-Sinai Medical Center, having been escorted out a back exit of the hospital some time during the night. “They used a decoy to throw off the media,” a source close to the investigation into what went down between Rihanna and Chris Brown early Sunday morning tells E! News.

The source says that Rihanna has been reluctant to reveal to investigators specifically what the couple had been arguing about before it turned physical, but the Los Angeles Times is reporting that the Barbados-born singer is cooperating with the authorities' investigation.

Brown's recently acquired defense attorney, Mark Geragos, couldn't immediately be reached for comment, but the 19-year-old R&B star was booked yesterday on suspicion of making criminal threats ­ in which a victim “is in fear for [his/her] life.” The L.A. District Attorney's Office has yet to receive the case for review, upon which they will determine whether to press charges.

Neither Rihanna nor Brown's whereabouts are known at this time, although Brown was spotted arriving at the London hotel in West Hollywood after being released from custody on $50,000 bail last night.