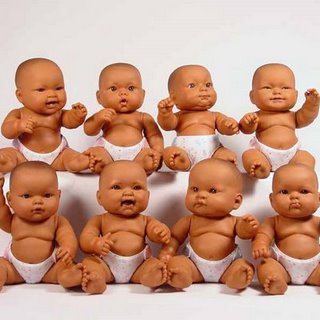 It's getting hard out here for a blogger — no?  Well, I can't say I don't see more beat down's coming with all the unemployed people trying to make a living out of blogging and posting “exclusive” stories.

California's top labor official Tuesday slapped four citations on the celebrity gossip website that has been chronicling the life of octuplets mom Nadya Suleman and her 14 children.

The citations are alleging that radaronline.com had not obtained an entertainment permit, filmed 2-month-old Noah and Isaiah Suleman outside hours approved by the state labor code, and did not have a studio teacher on site to ensure the infants' health and safety. The four citations, which cover six violations, carry a $3,000 fine, said Dean Fryer, the agency's spokesman.

“Any time there's a question of a baby being put at risk in the entertainment industry, I think it's incumbent on me as labor commissioner to take my statutory jurisdiction very, very seriously,” Labor Commissioner Angela Bradstreet said.

RadarOnline did not return phone calls but said on its website: “Like any other news-gathering organization, Radar-Online.com is not required to obtain permits nor is it restricted to certain hours in its news-gathering operations.”