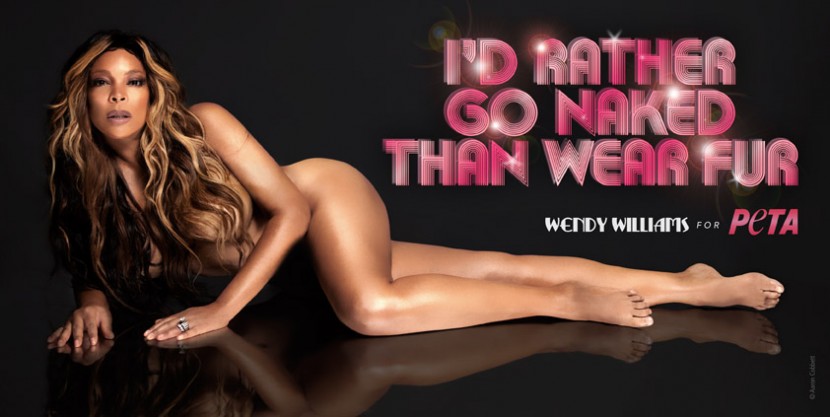 Talk show host Wendy Williams is just all over the place these days. From dishing on her past drug addiction, being outed for a $419k shoe bill, slamming Nicki Minaj for calling people racist, to her most recent ad campaign, where she poses nude for PETA. 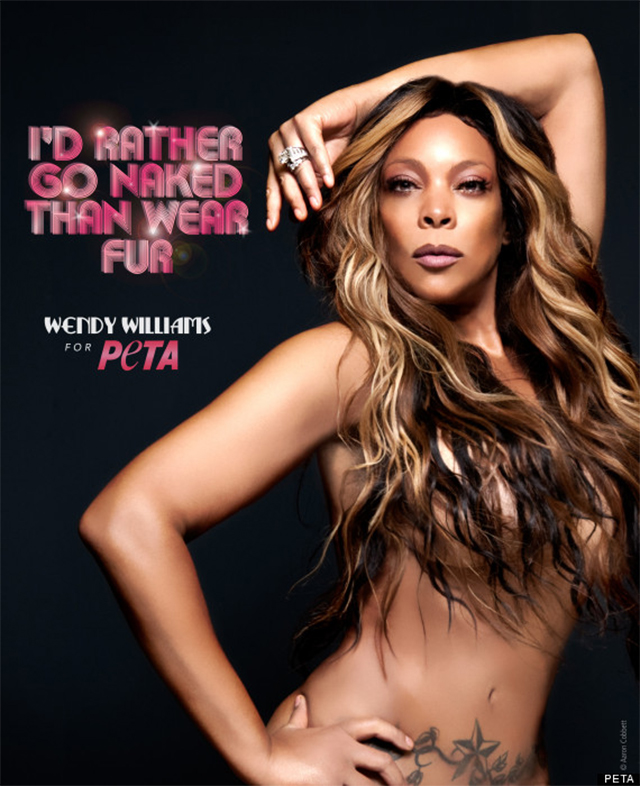 In an effort to promote PETA's national winter campaign, Williams launched her ad in Times Square on Wednesday afternoon, according to a press release from the animal rights organization. The talk show host, who used to wear real mink and fox fur, now says she'd “rather go naked than wear fur.”

“I have a little jiggle, but jiggle is what separates the men from the women,” Williams declared in her interview, adding, “if this is a sexy ad, I must tell you, jiggle is sexy.”

“We should all try to be comfortable in our own skin and let animals keep theirs,” she said in the press release.