What Happens When You're Caught Cheating on The King of Africa?

Mswati, the King of Swaziland never expected to leave on a 10-day business trip to the States, only to learn while he was away that his long time childhood friend, Justice minister Ndumiso Mamba, was caught sleeping with one of his young 14 wives, Nothando Dube. 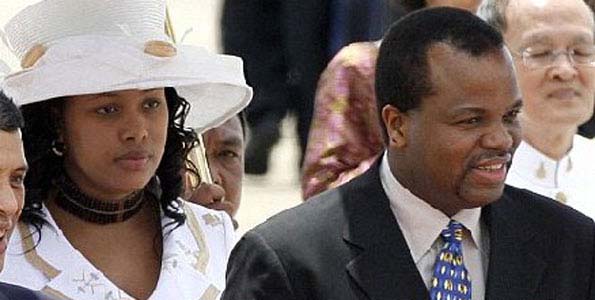 Sources said after the incident occurred, Mamba was detained at a police station, outside Manzini, questioned and then moved to Big Bend Prison on the orders of the King, who also instructed the matter be kept secret and that the minister be kept in jail until his return from his State visit.

The queen, 22, who has bore 2 of the king's 23 children is being held under 24-hour surveillance at the Queen Mother’s royal palace at Ludzidzini in Mbabane also waiting for the king to return.

THROWBACK: CHEATING IN THE NEXT ROOM by ZZ. HILL
Because of restrictions put on the local media, it's too bad we'll probably never really know what happens next…

New photos have emerged confirming the infidelity of the king's wife with Mr. Mamba. Mamba, who is incarcerated, is likely to serve a lengthy prison sentence for his actions. Mrs. Dube will spend the rest of her life under 24-hour surveillance while living with the king’s MOTHER. (source)