Where Are The Blacks On The Cat Walk 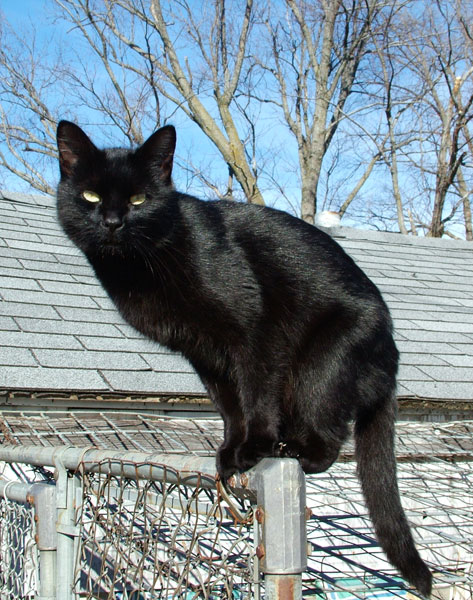 Not only is the mainstream cosmetics industry ignoring people of color which constantly disappoints me in every way, it appears that the fashion runways are catching flack from frustrated brown skin beauties as well.

‘What happened to all the black people on the runway?” asked the model Tyson Beckford, who attended several shows during New York Fashion Week. “There are no blacks on the cats.”

Naomi Campbell put it another way: “Women of color are not a trend. That’s the bottom line.”

And while Campbell was not invited to the shows this week and did not attend, the supermodel may have been on to something. There were drops of color here and there, but with the exception of a couple of shows, the runways were lined with pallid, bony bodies.

In truth, this Fashion Week looked about as diverse – or homogeneous – as many before it. But if ever there should have been more people of color on the runway, the time was now.

The issue has been the topic of three panel discussions since September held by the former model and agent Bethann Hardison. Diane von Furstenberg, president of the Council of Fashion Designers of America, sent a memo to its members encouraging them to create fashion shows “that are truly multicultural.” (At least two black models and a couple with Asian features can be seen in an edited version of her own runway show now on YouTube.) The media also has focused on the issue.

“I do believe it did have an effect on the shows,” said Kyle Hagler, manager at IMG Models, adding that there were a couple of new, diverse faces. “Obviously there is still more that needs to be done.”

Jennifer Venditti, a casting director and owner of JV8Inc, says more ethnic models were used, but they were the same ethnic models as always. She says she only recognized a couple of new models.

“With the white girls, there’s like a huge influx of people that you never saw before,” says Venditti, who did castings for several shows, including Doo.Ri, Peter Som, BCBG Max Azria and Rodarte. “I feel like it’s always the same ethnic people.”

Sean (Diddy) Combs made a statement by using only black models in his Sean John show on Friday. And other black designers, like Tracy Reese, show diverse runways.

That is why Venditti says it is going to take a nonblack designer to really make a change and embrace different colors and shapes. “A lot of times these girls are being judged on body type by someone of a different ethnicity,” she says.

The late 1980s and early ’90s were seemingly a better time for black models, including Campbell, Banks, Webb, Beverly Peele and Karen Alexander. And even earlier were Pat Cleveland, Naomi Sims, Iman and Beverly Johnson, the first black woman to appear on the cover of Vogue magazine, in 1974.

While there is not another Tyra or Naomi today, that is true across the industry. There are no big-name Christys or Giseles, either.

Gisele Bündchen, probably the last model who became a household name, helped usher in an era when Brazilian bombshells dominated the catwalk. That era has passed, even in Brazil, where critics complained earlier this year that São Paulo Fashion Week was full of models who were European in appearance.

On Forbes’s 2007 list of the top 15 earning models in the industry, only one – Liya Kebede – was black. The “in look” right now is white, said Holly Alford, a fashion historian from Virginia Commonwealth University.

“It’s a white European girl look that is being made popular on the magazine covers,” she said.

Still, Chanel Iman Robinson, who is black, is one of the most in-demand models this season. And Hagler hates to think that race is a trend.

“I think it’s outrageous to think that we would exclude groups of people because they are not quote, unquote fitting the trend,” he says. “If it comes down to that, I would probably not work in this industry any longer. So hopefully this is not a trend.”

There is a lot of finger-pointing over who should be responsible for taking action. Some blame the modeling agencies for not sending more ethnic models to casting calls. Others blame the designers for not hiring ethnic models. Then there are those who put the onus on the casting directors, who work for the designers.

Ivan Bart, senior vice president at IMG Models, says he sent a diverse group of models to the casting calls for this fashion week. And one of the agency’s Asian models, Emma Pei, has done several shows.

“In the end, it’s up to the designer to make the ultimate decision on who they are going to cast for the show,” he says.

Venditti said some of the models of color are eliminated because of fit or their walk. Still, she does not blame the agencies. She asks, why should an agency bring on lots of ethnic models if no one is calling to book them?

Nick Verreos, a designer who was a contestant on the second season of “Project Runway,” admitted that some designers simply would not use models of color.

“I have heard rumblings that the girls of color take away from the garments, that they are so fierce and have so much of a persona, you notice them first as opposed to noticing the clothing,” he said. “So there are a lot of designers who would rather have the clothing be noticed and have a pale background. I just don’t think that’s right.”

“There really is not one group or component of the fashion community that is more guilty than others,” he said. “We’re all failing. There was a difference this season ever so slight. The better news is that everyone in the industry can also be part of the solution.”