Whitney Houston and her daughter Bobbi Christina shared laughs on the red carpet for Echo Hattix's pre Grammy Party for Kelly Price just hours before she was found dead in her hotel bath tub on Feb. 11, 2012. 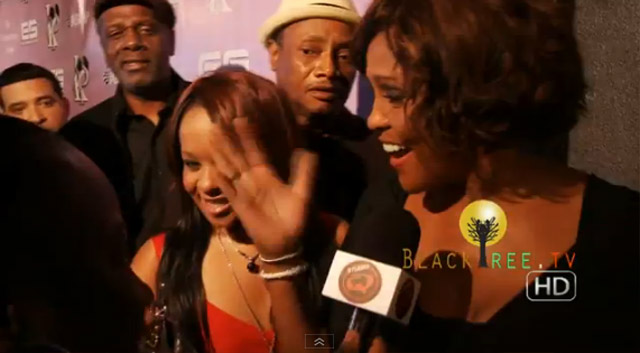 According to People.com, Bobbi Kristina, 18, had a complete breakdown after hearing the news her mother had passed. It is said Bobbi Kristina was in the lobby of the hotel around the time when Houston's body was pronounced dead at 3:55 p.m. She was screaming, 'What's wrong with her? What's wrong with her?,” a source said. Later that evening, at around 11 p.m., Bobbi Kristina was taken to Cedars Sinai Medical Center “because she was having a complete breakdown,” added the source.