Who Knew Mickey Mouse and Goofy Smuggled Drugs Into Africa? 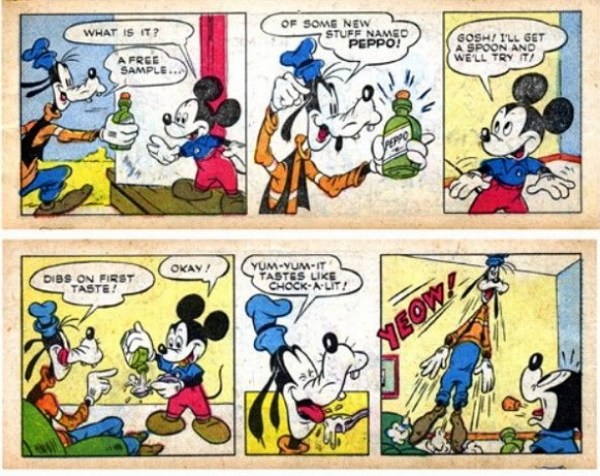 As a kid growing up I would have never considered the idea Mickey and Goofy were criminal in any form or fashion. Without facts, you would think the writer of this comic series was high off acid insinuating such a thing. But it’s true. Mickey Mouse and Goofy brought drugs to the Mother Land in an effort to make a profit and claim a drug territory of their own.

From the original comic book, “Mickey Mouse and The Medicine Man,” by Walt Disney
brought to you by: The Vaults of Erowid (Online Books)

According to Erowid, during the 1950s, at the height of the post-World War II expansion of U.S. suburban modernization, a number of stimulant and sedative drugs were widely used and were promoted in the mainstream press. At the time, many were available over the counter without a prescription. It’s also stated that “Mickey Mouse and The Medicine Man” is only one of several psychoactive drug-related uses of Disney characters that in retrospect appear naive and inappropriate.

It was 1951, Mickey Mouse and his good friend Goofy got high off a drug called Peppo (also known as Speed).