Why One Legendary Hair Guru Carries The Bible When Cutting Hair

Willie Morrow has been cutting hair since the 1800’s, so make no mistake, he knows a thing or two about hair. For years, Morrow owned a barbershop on Market Street in southeastern San Diego. He also developed an African-American hair care line called “California Curl.” Through it, he invented products that changed the African-American beauty industry. 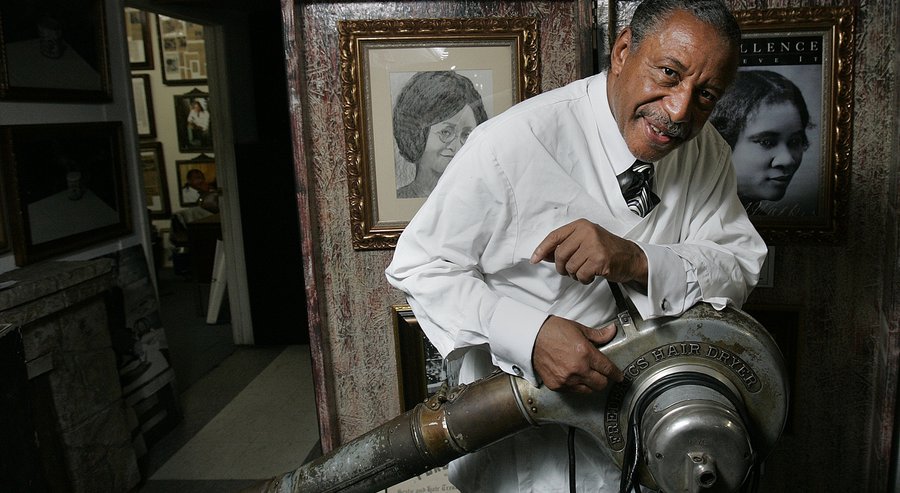 In one strange instance, Morrow takes the Bible out into the community when he cuts and collects hair. He says it helps fight superstitions. He said some people “don’t want to cut it off their hair because if the birds get it, ‘my grandmamma told me you won’t live long.'”

“There’s just a lot of superstitions that go along with it so if they believe in the Bible, I just cut it and put it in here and they relax,” Morrow said.

Morrow’s story is so unique, a new exhibit at the Museum at California Center for the Arts, Escondido looks at his career and with it, the complicated history and culture around black hair care. It’s called “The History and the Hair Story: 400 Years Without A Comb.” The title comes from Morrow’s invention of a comb with wider, flexible teeth.

The history and culture around black hair is complicated, said San Diego Mesa College professor of black history, Starla Lewis. It involves racism, poverty, and identity politics. Sometimes that history is fraught, sometimes joyous. She said Willie Morrow is a key figure in it all

“I believe that Dr. Morrow did what he did and dedicated his life because he loved black people,” Lewis said. “He knew that as a people we were struggling to love ourselves in a society where we experience so much rejection.”