Will and Jada Pinkett-Smith Release Statement: “Our Marriage Is Intact”

The internet is buzzing this morning over the announcement made by In Touch magazine, that one of Hollywood's favorite couple's, Will and Jada Pinkett-Smith have separated. However, according to a family member, who remains anonymous, it's nothing more than a rumor. 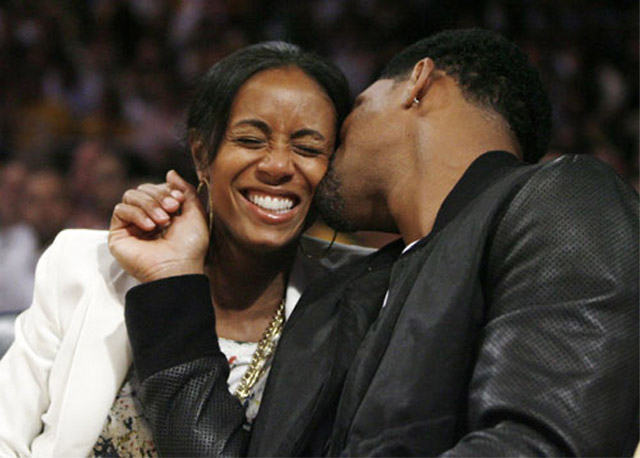 “This is absolutely not true. No way are they splitting up. They are totally together and are not separating. They're happy and married still,” said the unknown source.

When a rep of the couple was awaken to confirm the news this morning, she claimed she had no idea, then politely rolled over to go back to sleep. So, where In Touch magazine got their news remains a mystery, and only time will tell the truth.

Trey Smith — Will's son from a previous marriage — went to his Twitter page and blasted the message, “Will and Jada getting a DIVORCE ..NOT TRUE AT ALL !! RETWEET.”

UPDATED: Will and Jada have officially confirmed to Entertainment Tonight that they are still happily married.

“Although we are reluctant to respond to these types of press reports, the rumors circulating about our relationship are completely false. We are still together, and our marriage is intact,” they said in a joint statement.

Earlier this month, Will Smith gave out the following marriage tips via Essence.com:

If You Marry Your Best Friend, You’re Good
Every man wants to marry his homie. A lot of women will impress them, but it’s the one they can always laugh with and be themselves with that will ultimately impress them the most. If you can be yourselves around each other, 100 percent of the time, and they can make you laugh like no one else can, you’ll never have a dull moment together.

Remind Him of What He Has
When you start to feel that you’re nagging your husband to the point of no return and nothing you’re saying is getting through, Will suggests you try a new approach. Hold him close, look him right in the eyes, and tell him that you love him, you’re right there, and you always will be, BUT you need him to pick his socks up – right now.  As Will puts it, it’s important to remind him that your request is coming from a good place, and what you want is a small thing in the grand scheme of things.

All Men Need A Little Space
If you don’t give your husband thirty minutes to himself when he first gets home he’ll stop coming home. When I asked Will when a wife was supposed to say her piece, he responded, “anytime after that.” Will reminded me that everyone’s home needs to feel like a happy place, and it won’t if you’re “greeted with negativity” every time you enter the door.

Focus on Balance and Excitement Always
According to Will Smith and Jada Pinkett Smith’s way of thinking about marriage, maintaining a happy union isn’t just about making time for one another, it’s about making the time count too. Excitement and mystery are everything, he said. Surprise them, let them know you love them, laugh together – whatever it takes to put a smile on their face.