: For all of the emotions usually equated with death, Dwight “Heavy D” Myers' funeral was billed as a celebration of the artist's life. As such, it could not – and would not – be such a sad affair. As the mayor-elect of Heavy's hometown of Mount Vernon, New York put it, “We are not here because Heavy D died. We are here because Heavy D lived.” 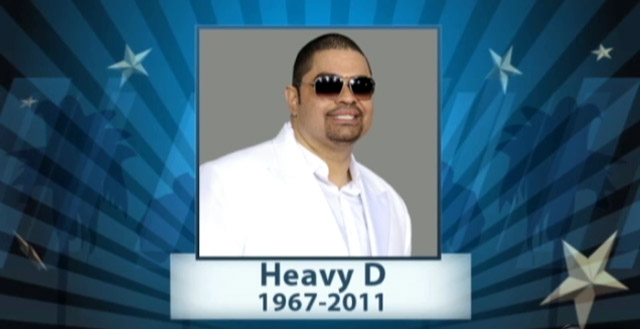 What became clear, from within the two overflowing halls of Mount Vernon's Grace Baptist Church, was that Heavy D had touched countless lives – particularly in the hip-hop and African-American communities. Jay-Z, Usher, Will Smith and Jada Pinkett Smith, John Legend, Denzel Washington and Queen Latifah were spotted walking in; a list at one of the security check-ins included the names of Sony Music's Chairman/CEO Doug Morris and Doug E. Fresh. Three Mount Vernon police officers sat down the row from BET President Stephen Hill. A woman and her daughter held a VIP pass from a concert Heavy D must have performed years ago, just as a cab driver had shown off photos of himself and Heavy from their shared high school days. “There's stories on every corner of this city, of people he helped,” said the pastor, without exaggeration. 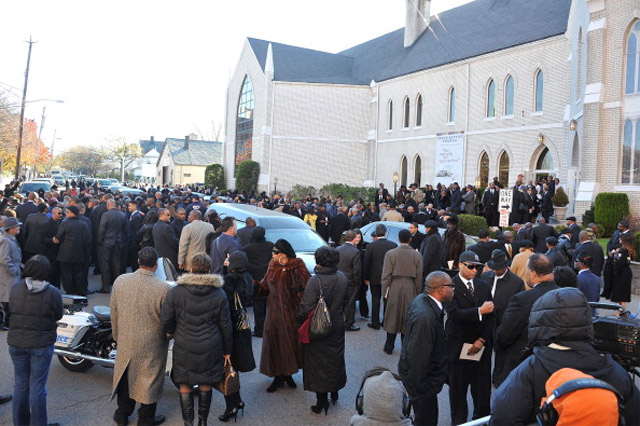 His presence was felt far beyond that, though. Rev. Al Sharpton – once a heavy man himself, he noted – called Heavy D's young daughter Xea up as he read a letter that he felt she should hold onto: “We extend our heartfelt condolences at this difficult time. He will be remembered for his infectious optimism and many contributions to American music. Please know that you and your family will be in our thoughts and prayers.” It seemed like a nice tribute but relatively unremarkable until Sharpton quickly added, “That's from the President of the United States of America. I want you to frame that.” 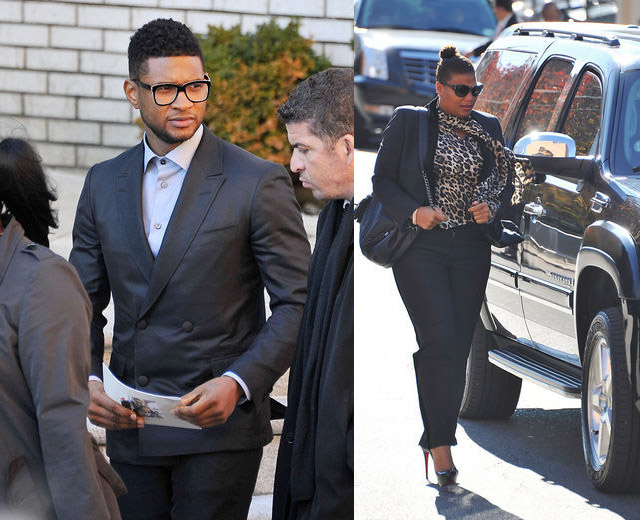 Then it was Diddy's turn to speak. “Heavy D was the first person to believe in me,” he said, letting the words sink into the carpet. “He's the person who made me who I am today.” Visibly shaken, he had been seated in the front row, next to Heavy D's parents, directly in front of Xea. Diddy spoke of more innocent times: how he had concocted a master plan to become Heavy D's manager (though Heavy never went along with it); how he had thought Heavy had really made it to the big time when he saw that he had an apartment with wall-to-wall carpeting (which included carpets on the walls); how Heavy D had once stolen apple turnover from Diddy, and how – though he'd never admitted theft – Diddy would now forgive him. In the middle of the jokes, Diddy said, “I'll admit that I took Hev for granted. I always thought he'd be there.” It was a crushing moment; the weariness in his face showed the pain behind the laughter. 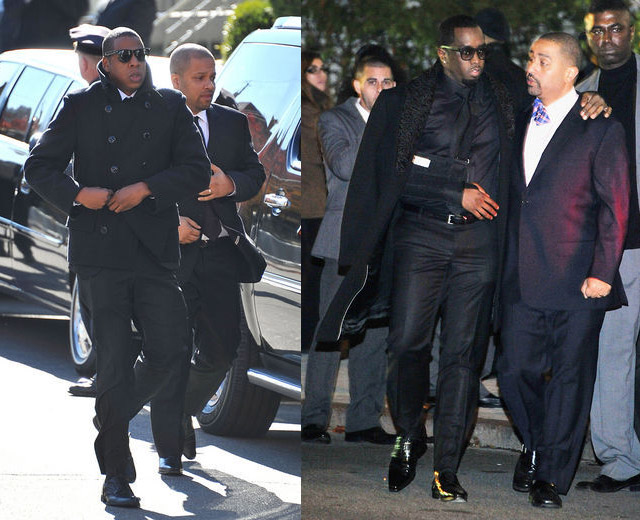 (Earlier, Teddy Riley – who produced Heavy's hit “Now That We Found Love” and “Jam,” Heavy's 1991 collaboration with Michael Jackson – told Rolling Stone, “When Puffy left Uptown and he got Biggie, to me that was him saying, ‘If I can’t have Heavy, I’ve got to go make my own Heavy.'”)

Many spoke of positivity, of the love that Heavy so easily gave, of Thanksgiving turkey giveaways to the entirety of Mount Vernon. Charity on the corner, love in song, a big man all around – and a surprisingly agile dancer: “Hev didn't know how big he was,” said Uptown Records founder Andre Harrell, chuckling. Later, Diddy said, “When he was dancing, he wasn't like a big guy dancing. He was like a skinny guy dancing, but he was like a big guy?” Noted Sharpton, “James Brown made us black and proud, but Hev made us fat and proud.” 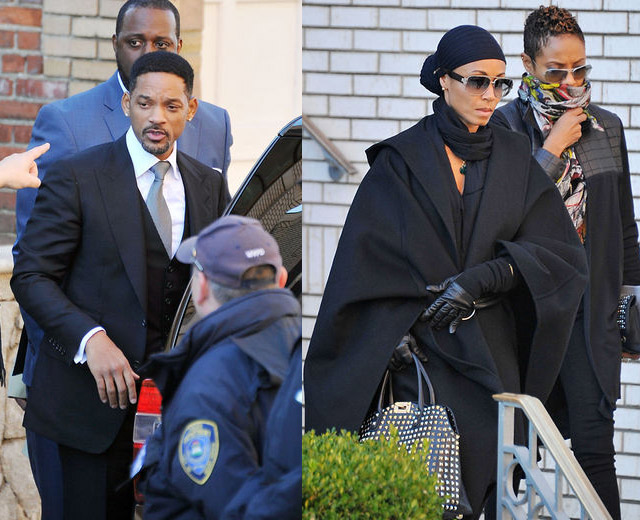 Johnny Gill, Yolanda Adams, Heavy D's nieces and Kim Burrell each sang, their voices peeling the paint off the walls, beautiful and heart-wrenching. R&B singer Anthony Hamilton walked through the saddest version of Sam Cooke's “A Change Is Gonna Come,” a look to tomorrow, a torch held to the past.

It was a deeply spiritual ceremony, religion offering a silver lining amongst darker clouds, a tribute to a life cut short just as it was starting to pick up again. And so, we need not worry about Heavy. The pastor said, “Heavy asked [in his song, “Ask Heaven,” from 1999], 'Ask heaven, heaven, is there room for me?' I say, St. Peter's gonna have to expand the rooms!”