Will We Ever Really Understand Nicki Minaj?

The more I see and listen to rapper Nicki Minaj, the more convinced I am that she’s in need of a full psychiatric evaluation. When she opened up in the following interview with OUT magazine with “Hi, I’m Nicki Minaj,” and her facial expression said “Duh,” I immediately was tickled pinker than her lipstick.

As Nicki spoke, her tone was that of a blond ditz, but she’s clearly no dummy. Her and her team of stylists seem to know what it takes to “survive” (as she would put it).

“I wanna be innovative. I wanna stand out too,” she said when asked how she felt about being compared to others (indirectly speaking, others such as Lil Kim and Lady Gaga). “I’m glad that I’m just not one of the other billion girls that are trying to rap, and now… I can add my name to the list of girls that have been able to survive in the game.” 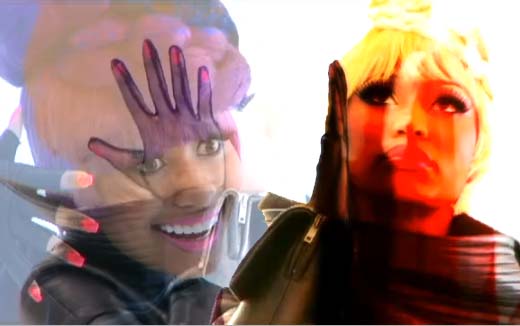 The thing that leads me to believe Nicki is well deserving of a green card is her split personality. She claims to have “lunatics inside of her.” Roman for example, who she thinks is a boy; Roman, she says comes out when she’s wearing colorful hair and is said to be fearless. Nicki, on the other hand is shy and tends to laugh Roman off. It’s not as if we all don’t have another side to us, it’s just for Nicki Minaj, her sides seem to rotate simultaneously and they speak in different tones in their own language, making eyes wander to the side and widen. 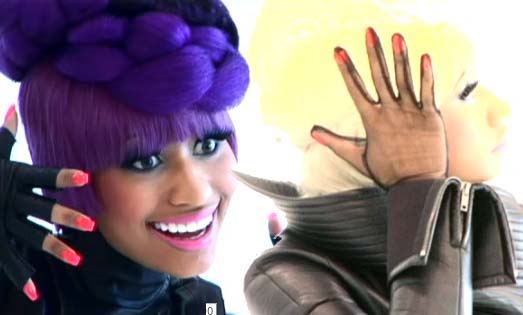 It goes without question, Nicki Minaj is definitely on some other stuff that has her in a speed zone and making her do some really different things apart from the rest of the “billions of other girls” that are trying to make it to where she is. Part of her secret to success she reveals in her verse on “Bottoms Up” ft. Trey Sonz, “I don’t say hi, I say keys to the Benz, keys to the Benz, keys to the Benz!” Take special notes on how she says that really fast.

And on a side note… I don’t think her split personality is an act.