Nothing that goes on in a Walmart store seems to surprise me anymore. Everytime you look around, something crazy is taking place. There's probably a good reason for the tight security with all the shoplifting that occurs inside the Walmart stores. At-least this time around, no-one was murdered in the process of trying to get away with a few unnecessary items. 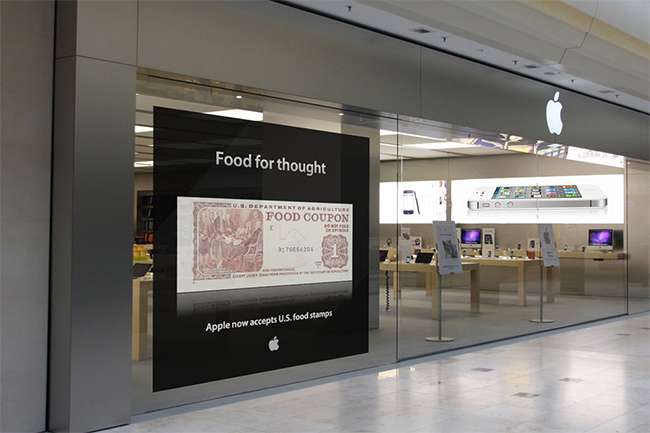 This week it's a bit more comical, a Louisville woman is currently facing charges after police said she tried to buy iPads with her food stamp card. When she realized the transaction wasn't going through, she ran from the store. According to a police report, Tracy Browning went to the Valley Station Walmart and tried to purchase two iPads with her EBT card. When the card was declined, Browning ran from the store with the items and assaulted a store clerk on her way out.

The funny part, earlier this year a rumor was circulating around the web that stated Apple stores were now accepting food stamps (read about it here). It's a wonder if this Louisville woman didn't get the memo that the rumor circulating was a hoax.