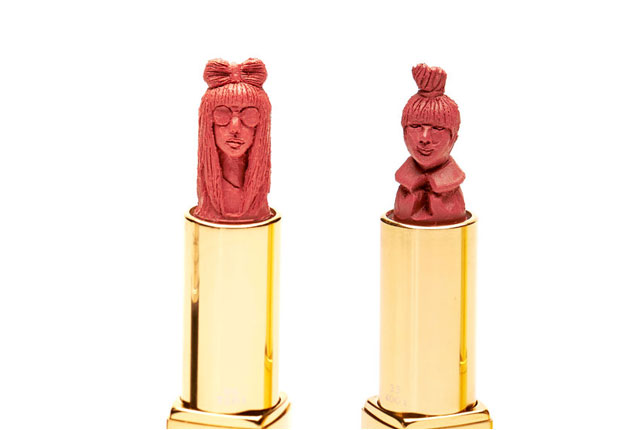 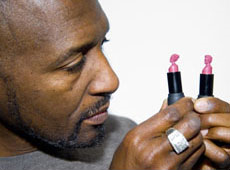 In the spirit of Valentine’s Day, feelunique.com has teamed up with micro sculptor Willard Wigan to create the world’s first sculpture in lipstick of Brad Pitt and Angelina Jolie. 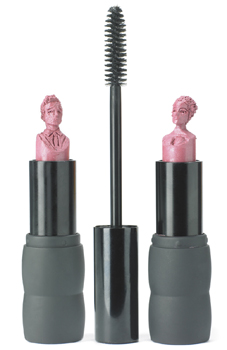 Willard Wigan, who slows his heartbeat to produce the smallest man-made works of art in the world, took over 50 hours to create the sculptures and measure 9mm tall and 4mm wide. Willard was awarded an MBE for services to art in July 2007, shortly before he sold his replica of the Lloyd’s of London Building on a pinhead for £94,000 at Bonham’s. Having created art in everything from pins to matches, this is his first work in lipstick. The two lipsticks will be auctioned off as a pair on www.feelunique.com from 10th February 2009 (Tuesday) with all proceeds donated to charity.

According to a recent poll with feelunique.com, a third of people (32 per cent) voted Brad Pitt the best male lips in showbiz, while Angelina Jolie secured 37 per cent of the vote for the hottest female lips in Hollywood, making them the most kissable couple in the world. Other kissable celebrities that make up the league of luscious lips include Cameron Diaz, Eva Mendes and Jessica Alba for female and Hugh Jackman, Ashton Kutcher and Josh Hartnett for male.

Richard Schiessl, the Managing Director of feelunique.com said: “Locking lips with your favorite celebrity is something most people can only fantasize about, but now people are able to bid for the world’s first lipstick sculpture and apply their favorite celebrity to their own lips. We’ve already had lots of calls from customers enquiring about how to lay their hands on a coating of Brad or Angelina, so we’re hoping the auction will raise lots of money for charity.”