African American’s were missed dearly at the 83rd Annual Academy Awards last week, but a large number of them managed to arrive at the 42nd Annual NAACP Image Awards, which was held at the Shrine Auditorium in Los Angeles, California on March 4, 2011.

While everyone looked exceptionally well, the fashion statements on the red carpet was not a whole lot to get excited about. Miss Black USA 2010, Osas Ighodaro was one of the presenters at the awards. She looked simple, yet sexy, in a form fitting white embroidered gown.

Actress Halle Berry was dressed in a revealing Spring /Summer 2010 Emilio Pucci gown, and holds an award for best actress in a motion picture for her role in Frankie & Alice. (see a full list of winners here) 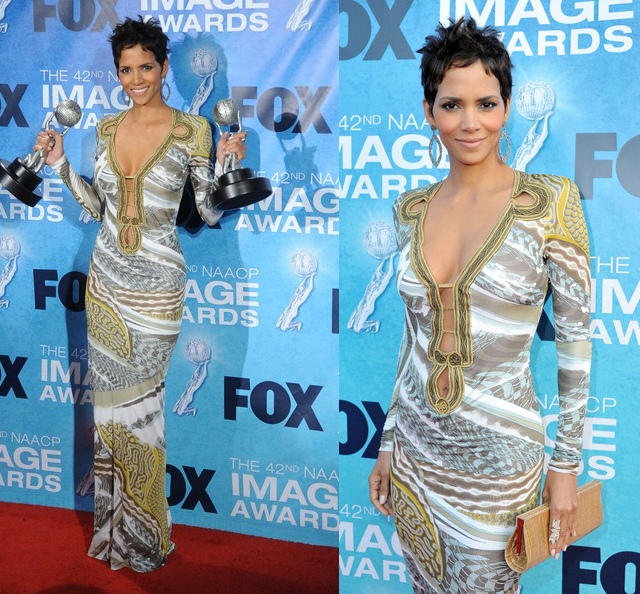