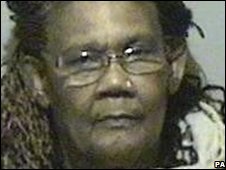 A grandmother who smuggled cocaine worth £1m in her mobility vehicle has been jailed for 13 years.

Ambrozine Heron, 77, and her daughter Paulette Chambers, 49, both of Smethwick, West Midlands, were arrested at the port of Dover in March.

Heron was found guilty at Canterbury Crown Court while Chambers admitted her role and was jailed for 14 years.

The court heard Heron, who has a range of illnesses including diabetes, asthma and hypertension, was a “willing participant” in the smuggling operation.

Sentencing her, Judge Adele Williams said: “I have no doubt that your role in the car was to add some respectability to the journey in respect of your age and your ill-health.”

But she added: “The vehicle in which you were travelling was the mobility vehicle which you, Ambrozine Heron, were entitled to.

“You Heron, in all the evidence before me, were a willing participant in this importation.”

The court heard they had made the same or similar journey to France 14 times in the six months leading up to their arrest.

Prosecutor Quentin Hunt said Chambers had told customs officers after her arrest she was visiting relatives in France.

He added: “In fact they had gone to Amsterdam, or near Amsterdam, and it was clear that that was where the drugs were collected from.

“Customs officers were scrupulous in their inquiries and discovered that these defendants had made some 14 trips across the Channel, dating back from October the year before.

“For the majority of the trips they had been going through France, through Belgium, and into Holland, and returning the next day or soon after.”

The court also heard that financial checks on the pair found that £90,000 in cash had been put in Chambers' bank account since their first trip.