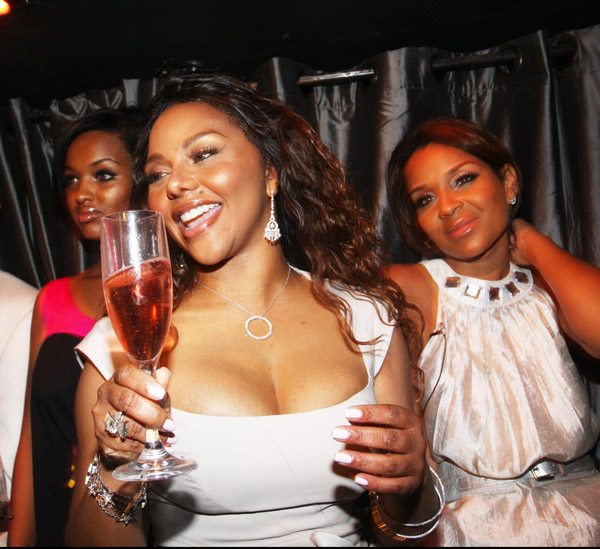 As you may or may not know, 'Lil Kim celebrated her birthday over the past weekend.  Apparently everyone went home happy except for 1 dead body that wasn't found until 3 days later.

The body of a 24-year-old woman who attended a birthday party for the rapper Lil Kim on Sunday was found Wednesday on the roof of the Midtown karaoke club where the party was held, the police said.

The woman, identified by the police as Ingrid Rivera of Queens, was discovered shortly before 5 p.m. in a utility closet on the roof of Spotlight Live, a live-music venue, nightclub and karaoke bar at 1604 Broadway near 49th Street. An investigator said they believed Ms. Rivera, who worked for British Airways at Kennedy Airport, had left the party and was beaten with a blunt object — possibly a Champagne bottle — and left for dead.

The police said that she was last seen on Sunday night and was reported missing on Tuesday.

“She was pretty tipsy,” said a cousin, Lizbeth Estrada, 18, of Richmond Hill Queens, who noted that although she was not at the club she had spoken with friends of the dead girl.

Ms. Estrada said that Ms. Rivera had been asked to leave because she went into the men’s bathroom instead of the ladies room. “The bouncer picked on her,” she said she was told.

After getting thrown out, the cousin said, Ms. Rivera and a friend started to get in into a taxi to go Soel Club and Lounge in Long Island City, but then the two got out because her friend, whom she did not identify, “didn’t want to get into a taxi with three girls she did not know.”

“Her friend was immediately admitted and went inside without seeing what happened to Ingrid,” Ms, Estrada said. “The last time Ingrid was seen she was talking to the bouncer.”

The investigator said the party on Sunday night for Lil’ Kim, whose real name is Kimberly Jones, was attended by many musicians, actors and other entertainers.

“Ingrid was so excited she even bought Kim Flowers,” Ms, Estrada said.

The actress LisaRaye McCoy-Misick, who is married to the premier of the Turks and Caicos Islands and is a friend of Lil’ Kim’s, attended the party, and said in a telephone interview early Thursday morning: “When I was there, everything was cool. But we didn’t stay very long. Celebrities never do. And everything was fine then.”

The investigator said that the killer was probably familiar with the layout of the building because of where the woman’s body was found. Emergency medical workers pronounced the victim dead at the scene, the police said.