A Glass Of Wine A Day Keeps The Doctor Away

If there is one type of wine that should not be prohibited for its alcohol content, it should be the red wine. Today, there are so many studies that show the health benefits of red wine to people who regularly consume it compared to those who do not. 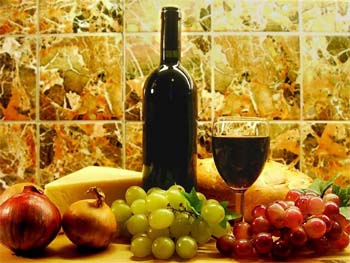 As defined, resveratrol refers to a kind of polyphenol known as “phytoalexin” that is a group of compounds plants use to defend themselves against attacks such as untimely stress, possible injuries, or UV irradiation and certain diseases such as fungus and infection.

Because of the long process and prolonged fermentation of grapes in red-wine making, high levels of resveratrol are found to be present in finished bottle of red wine.

Antioxidants are believed to be a “miracle substance” that can fight almost all forms of diseases that come with aging. Since red wine is believed to contain significant amount of an antioxidant that matter such as resveratrol, more and more people are making it a part of their hearty meals the way French people do.

The following are just some of the believed health benefits of red wine consumption.

1. Red wine helps prevent the possibility of various neuro-degenerative illnesses and diseases. Studies show that because of the high resveratrol content of red wine, its properties can help avoid aging people to develop diseases and illnesses common among them such as Parkinson’s disease and Alzheimer’s disease.

2. Red wine is good for the heart. The specific substances in wines like tannins and flavoniods can raise the levels of good cholesterol or high-density lipoproteins (HDL) in the person’s blood. Its antioxidant properties also help in the reduction of bad cholesterol or low-density lipoproteins (LDL) in the body that can prevent a person from developing various cardiovascular diseases, heart attacks, as well as strokes.

3. Red wine helps reduce the harmful effects of food poisoning. The properties in red wine can help cleanse the body from toxins. Aside from preventing food poisoning, it can also help the person to avoid varying levels of dysentery and acquiring diarrhea.

4. Red wine can cure and prevent various gum diseases. Caused by inflamed muscles in the gums and weakened tooth, gum disease is a common mouth problem to some people especially to smokers. Experts advise people who suffer from gum diseases to drink red wine because the polyphenols in it can reduce the presence of free radicals that causes the infection and bacteria proliferation inside the mouth.

5. Red wine can prevent certain cancers. Because of the wonders brought by resveratrol in red wines, experts believe that regular and moderate consumption can help fight possible cancer cells from proliferating.

6. Red wine can suspend the progression and possibility of dementia especially to old ones.

8. Red wine can provide healthy skin. Thousands of polyphenol can prevent the damages brought by cell oxidation process and results to healthy and young looking skin.

Which wines should you consume to reap the most benefits?
Researchers at the University of California, at Davis tested a variety of wines to determine which types have the highest concentrations of flavonoids. Their results concluded that the flavonoid favorite is Cabernet Sauvignon, followed closely by Petit Syrah and Pinot Noir. Both Merlots and red zinfandels have fewer flavonoids than their more potent predecessors. White wine had significantly smaller amounts than the red wine varieties. The bottom line is the sweeter the wine, the fewer the flavonoids. Dryer red wines are your best bet for a flavonoid boost.

How much red wine should I drink?
A four-ounce glass of wine is equivalent to one serving. Men will benefit from consuming one to two servings per day. Women should consume only one serving per day to reap the maximum benefits. This is not to say that you should start drinking alcohol if you presently do not. Occasional or binge drinkers have higher mortality rates than those who drink moderately on a regular basis. In those who consume three or more drinks per day, there is an increased risk for elevated serum triglycerides (fat in the bloodstream). Long-term, excessive alcohol consumption can damage nerve cells, the liver and the pancreas. Heavy drinkers are also at risk for malnutrition, as alcohol may substitute for more nutritious foods. 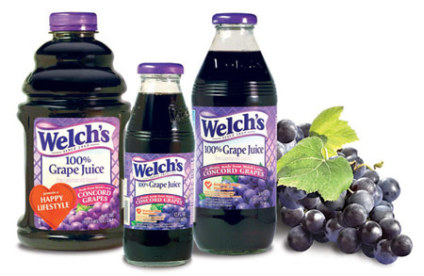 What if I have other health problems?
Recommendations to consume moderate amounts of wine are limited to individuals with a clean bill of health. It is clear that people with medical and social conditions worsened by alcohol should not consume any alcohol at all. Hypertryglyceridemia, pancreatitis, liver disease, uncontrolled hypertension, depression and congestive heart failure are diseases that may be worsened by alcohol. Those individuals at risk for these conditions should consult with their physician before consuming any alcohol at all.

What about grape juice and non alcoholic red wine?
In 1997, researchers at the University of Wisconsin concluded that purple grape juice also reduced blood clotting. Another study by researchers at University of California at Davis, confirmed the findings that non alcoholic red wine contains the same antioxidant profile as red wine. However in a 1998 study, Japanese researchers found that while grape juice still had antioxidative benefits, it did not significantly lower LDL cholesterol levels compared to red wine.

The debate continues on whether it is the components of the wine, the way the wine is consumed, or the lifestyle traits that is the most responsible for the long healthy lives of many wine drinkers. However, the evidence seems clear that regular, moderate consumption of red wine is beneficial to your health. So here’s a toast to your health! Cheers!