A Message From Asha Mandela: I Still Hold The GWR Record

If you’re not familiar with Asha Mandela, she currently holds the world record for female with the longest dreadlocks. You can read more about her in a previous posts here. 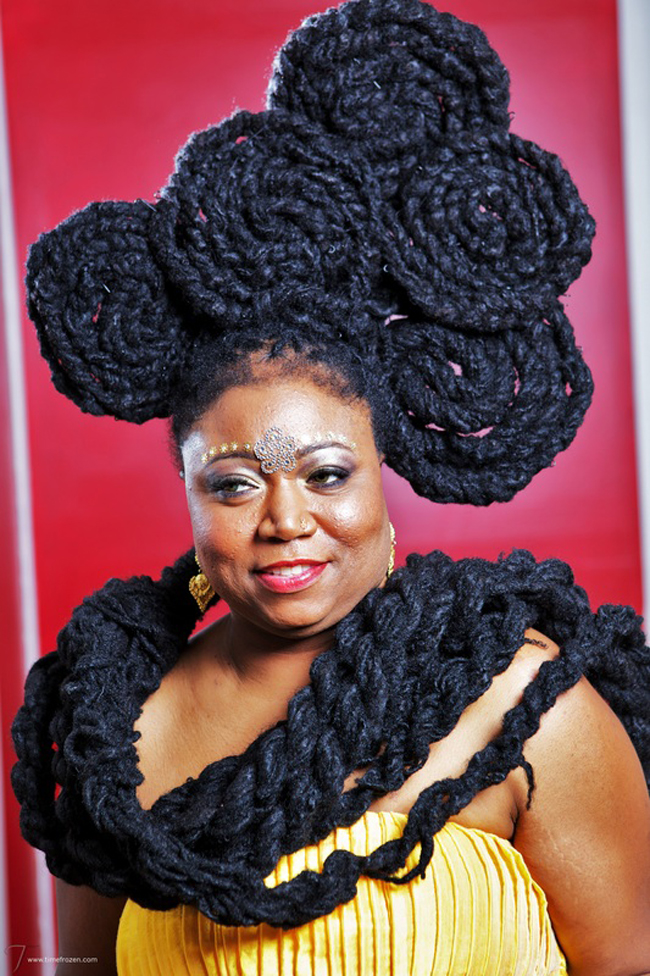 As of late, Mandela’s credibility has been shot down by a few who question if her locks are all hers, and in response to all the doubt, she had this to say:

In Response To Being of Mixed Race:

2yrs years ago when i won the record, articles and links of me end up in places I never heard of. I started learning how to surf the net and found afrobella site after doing a search on my name. Then i realised that the “mixed race” comment i used in reference to hair growth was taken way out of context (see video) and i was so ashamed, i decided to introduce myself…and apoligise for the comment… i didn’t mean mixed race as in black n white…i meant mixed as in my mom being chinese n black and my father being dutch n black.

In Response To a Pic Being Used of Someone Else:

There was a pic on the article (posted by afrobella) of a beautiful rasta sister who i thought was afrobella. i never paid it any mind and never really went back to the site. Its only 2 months ago when i saw a pic of afrobella i remembered the article pic and wondered who it was…but still never thought of it.. well it turns out that after 2yrs, this pic belongs to this lady that has launched a fraud and slander campaine against me and between herself and her friends have done a great job of slaughtering me to the gallows.

In Response To Her Excessive Hair Growth:

i never told anyone i grew that much hair in 2 yrs…its as she says “humanly” impossible and she is right….however my hair’s length came from 13yrs of knotting my locks to shorten and protect them from breakage. when i found a hair dresser to take on the task of loosening my locks it took almost 13hrs to get done…when she finished i was shocked as hell with the amount of hair that laid before me. I honestly couldn’t explain the reason for all that growth except that maybe because i kept knotting them they grew more…maybe if i had not done that, they would not have grown so much…i honestly don’t know…what i do know is….i am honest and sincere and have not lied about my locks.

In Response To Holding The World Title for Longest Locks

I contacted Guinness World Records about the woman’s claims and fraud slander…they say they stand by there record and adjudication of my locks since they had there hair experts examine my locks before having it updated and modified in there records…else they would never have done so on live tv…so they told me don’t worry about it….however since she has challenged them and said they don’t know anything about locks…they are considering legal action of which i myself have sought.

Hopefully this answers a few questions for her fans and/or non-believers, and if it doesn’t, as I have stated before time always tells the truth, so let the non-sense go and let the truth unfold.