I actually thought these pictures were hilarious (talk about Kim K. being mischevious and nosey)… Are her and Paris Hilton even friends??? Reggie looked a little frustrated as well. 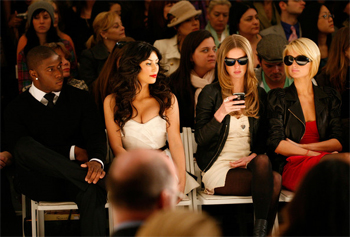 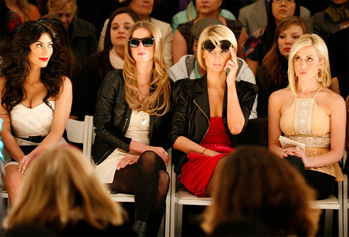 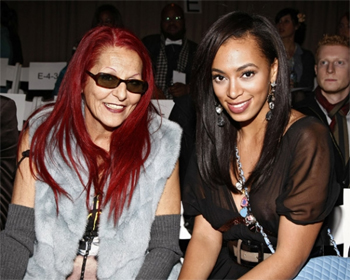 Her dress was NOT the business, her fur coat… well, was warm I guess, and the Givenchy shoes were so last season (but that’s ok)…

<p>What matters is that she showed up at the Dennis Basso Fall 2009 fashion show during Mercedes-Benz Fashion Week in the Promenade at Bryant Park on February 17, 2009 and represented “herself.”

For those that haven’t noticed, I deleted a previous post with Solange and her “supposed” nipple malfunction (let me tell it she knew… SHE KNEW), but anywho R.I.P. for that one. I really could care less and never would have made an issue out of the fact that she let it all hang out. I actually thought it was HAWT for the simple fact that the girl obviously don’t give a damn.

This time around, keeping everything simple, Patricia Field and Solange attended the Toni Maticevski fashion show during New York Fashion Week on February 16, 2009.

Kimora Lee’s Baby Phat & KLS shows usually have a full house and this time is no exception. 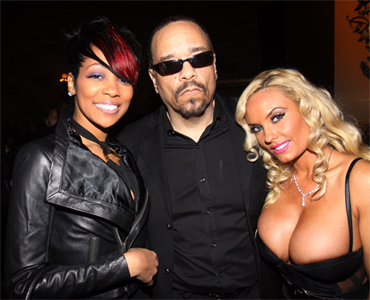 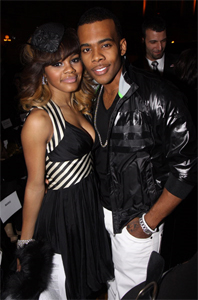 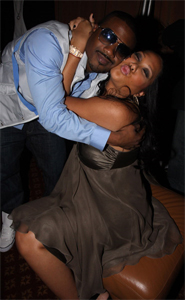 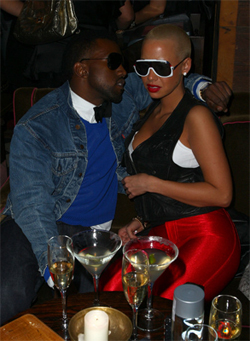 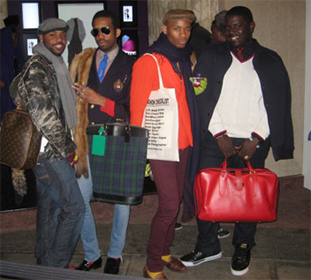 Kanye West was surely all over the place letting his presence be known at several shows during the week and counting… Tagging right along was his date Amber Rose. Together they make a VERY different kinda couple. Shown here they attend the Narciso Rodriguez Fall 2009 fashion show after party during Mercedes-Benz Fashion Week at the Gramercy Park Hotel on February 17, 2009 in New York City.

Also spotted over at The Fashion Bomb, was Kanye’s style crew and dream team out and about in Bryant Park. Maybe I should add this to my most hilarious fashion week moments. These guys are just too much. They all are just so different. But I guess that’s the whole idea right? I can’t be mad.

TV personality Tyson Beckford and guest are in the house. They attend the G Star Fall 2009 fashion show during Mercedes-Benz Fashion Week at the Hammerstein Ballroom on February 17, 2009 in New York City. 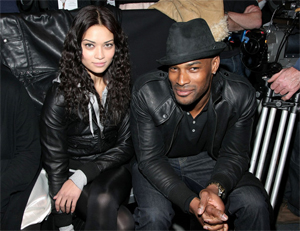