Are Designers Secretly Trying to Bring Back The Afro?

When I first saw images of the afro on the runway earlier this week my eyes did a double-take, but I immediately dismissed the fact that they actually were present. Now however, I’m seeing them again on another runway and I can’t let the thought of them becoming a current trend go ignored.

Designer Marc Jacobs really went all out with the retro hippie theme while showcasing his spring/summer 2010 collection for Louis Vuitton, at the Paris prêt-a-porter season yesterday.

“Street clothes, embracing the hippie-cyber, tribal-punk world,” he said, after a parade of 55 models, wearing giant, multicoloured, Afro wigs, and clad in everything from glitter-anoraks, fringed shirts and satin corsets to jewel-encrusted, denim hot-pants over lace-up leggings.

Don’t misunderstand me, I have nothing at all against afro’s, but it’s hard to imagine that they would become a part of the current list of trending hairstyles of today. I’m wondering if the runways are simply trying to give natural African American hair some play or are they just having fun playing games?

On a side note: If you look back at some of the styles that have been trending as of late, they do somewhat have a semi-afro appeal. 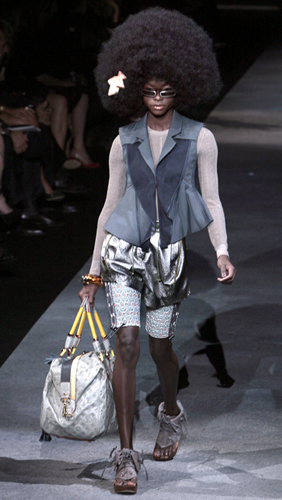 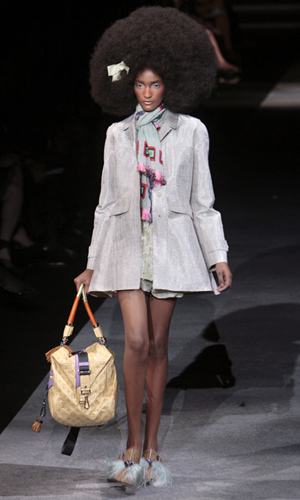 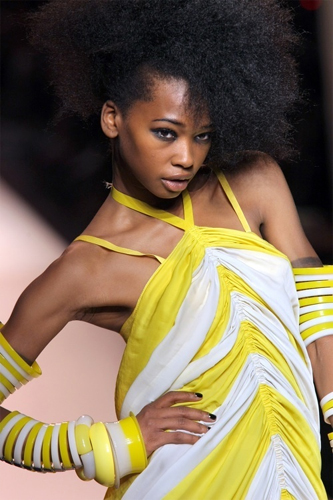 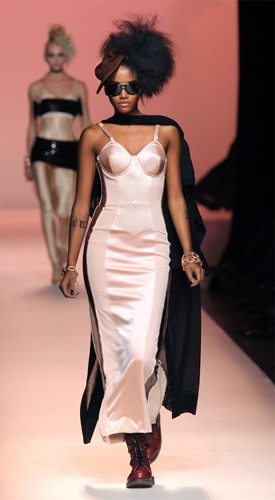