Are You Rocking Authentic Designer Goods Not Knowing They're Fake?

Some of you might be saying “All I rock is the real thing.” Well, not to rain on anyone's parade, but something that has been probably going on for years, is finally coming to light. Designer goods are not only being sold on street corners; they're also being sold at the malls, in high end department stores. 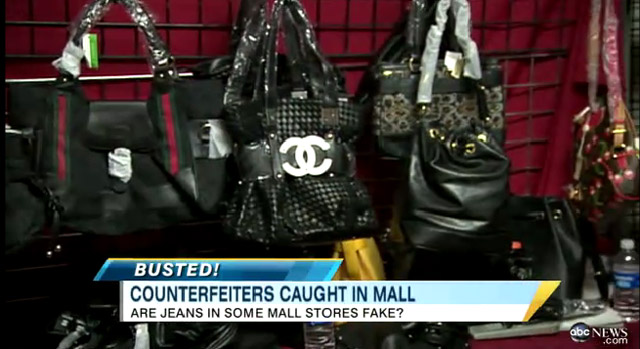 ABC's “Nightline” was on the scene, when police recently raided a store allegedly selling counterfeit goods in the popular Westfield Mall located in Orange County, CA. Police arrested the store manager, who was accused of selling phony luxury brands such as Dior, Prada, and Dolce & Gabbana merchandise, as well as a huge stash of True Religion jeans, which had been “on sale” at the store for $199.

So, the question is: Just how upset would you be to know you paid top designer dollars for fake designer goods? Or, how would you even know it's fake, unless you actually took the extra time to find out?