Back To Her: Fantasia Speaks Out After Alleged Suicide Attempt

It's been much speculation about Fantasia Barrino's alleged suicide attempt being a publicity stunt since photos of her and her married lover surfaced the net shortly after her release from the hospital, but after what was probably one of the most dramatic weeks of her life, she just wants to return to the music, she tells US Weekly. 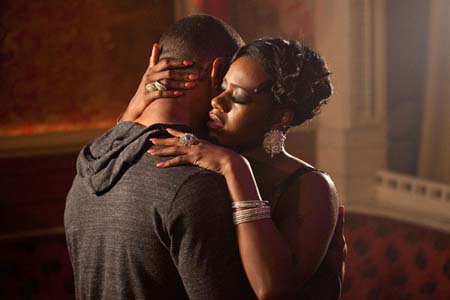 In a confirmed statement from her label J Records, the singer is forging ahead with previously planned TV appearances for her new album, Back to Me.

Barrino. 26, will return to the spotlight beginning August 24, when she performs on Good Morning America, with numerous additional appearances scheduled over the next couple weeks.

“I can't thank my fans enough for their prayers and support during such a challenging time,” the star said in Monday's statement. “It has given me the motivation to get back to work …I put a lot of blood, sweat and tears into this album and I pray that everyone enjoys it as much as I do.”