Proving to be a sure way to get your party promoted by mainstream media is by promoting “self-hatred” among black women. However, party promoter Mack TV says it's not about self-hatred with his “Battle Of The Complexions” event that's taking place tonight (Feb. 24) in St. Louis, MO. The event is more geared towards celebrating Black History Month, and appreciating all shades of black beauty. 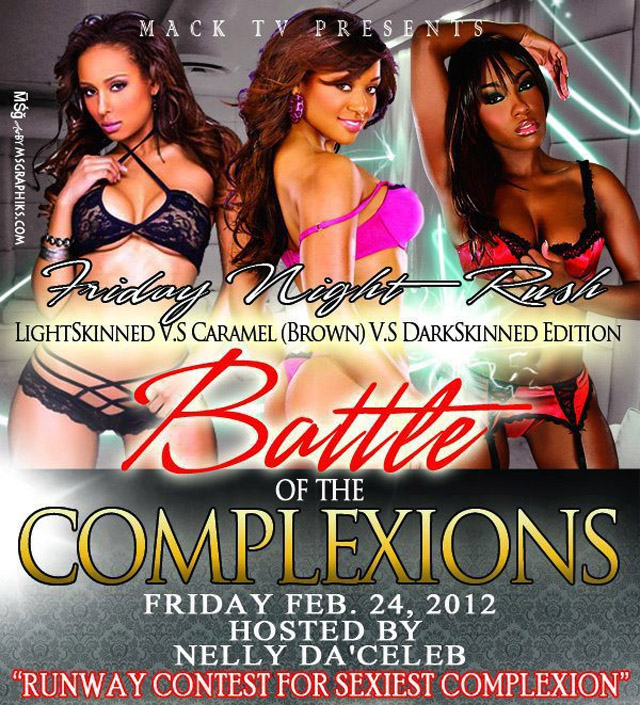 “ITS BLACK HISTORY MONTH, SO WE MADE A PARTY THEME DEDICATED TO OUR AFRICAN AMERICAN CROWD. THE YOUNGER GENERATION IS LOVING THIS PARTY BECAUSE HERE'S THE FIRST TIME EVER YOU CAN COME OUT & BE PROUD THAT YOU ARE BLACK!! REGARDLESS OF YOUR SKIN TONE…,” said Mack TV in an official Facebook statement regarding his decision to go forward with the party, despite the controversy it has caused.

“LIVE RUNWAY FASHION SHOW FOR ALL WHO'S PROUD OF THEIR SKIN…. ITS BLACK HISTORY MONTH, SO LETS BE PROUD OF THE SKIN WE'RE IN!! REPRESENT YOUR COMPLEXION!“

Adolphus Pruitt, president of the St. Louis chapter of the NAACP, said the event “raises the … hair on the back of people's necks like me and some other folks.”

“Folks who buy into it, support it, feed into it, they're just assuring that using race — using the skin complexion of women, devaluating women and things of this nature — is going to continue to happen, because as long as people spend money to take advantage of it, somebody's going to use it as a promotional tool,” Pruitt told NBC station KSDK.

April Simpson of Fox2 Now in St. Louis says she's more than disgusted by the event. “Black people have an issue with separating, and separating within skin color. And I think it's very ignorant to put a flyer with different tones and make it seem like one is better than the other,” she says.

This isn't the first time a party of this particular theme has made national news. You may recall early last year a similar event took place when twitter hashtags #teamlightskin vs #teamdarkskin began to trend. It wasn't long after that club promoters decided to make a party around it. The event took place in Columbus, OH, and the flyer for the event read: “Most Anticipated Party Of The Year” “Light Skin vs Dark Skin Party.” 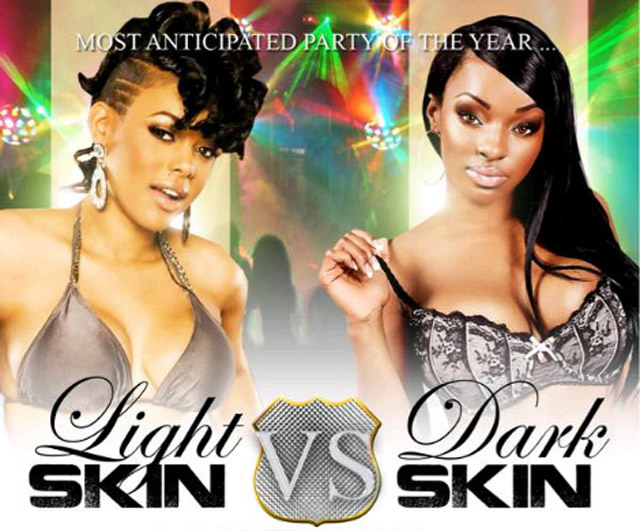