According to several sources, Beyonce has just announced being pregnant…. MTV confirmed the news: MTV tweeted, “OMG Beyonce just made a huge announcement on the #vma carpet! #baby!!!!!” and posted a Twitpic with the evidence. 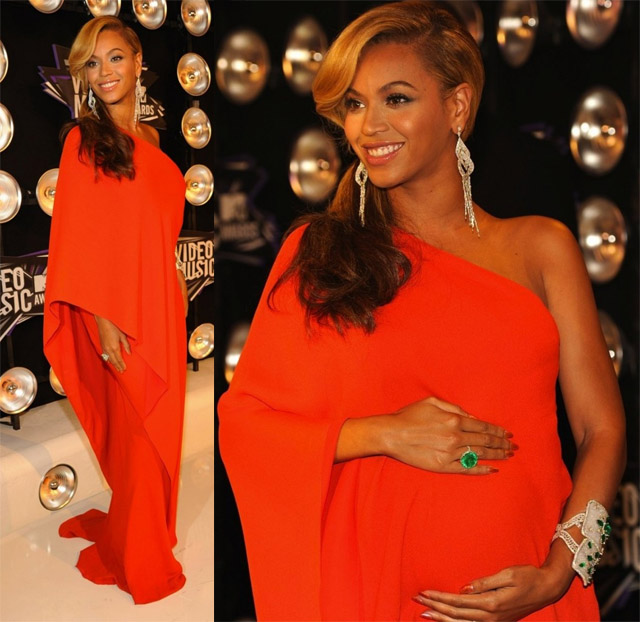 Beyonce's pregnancy was confirmed by her reps to JustJared.com. This will be Beyonce's first child with hubby Jay-Z.