Beyonce takes us behind the scenes as she preps for a new L’Oreal “Infallible” Never Fail lip color commercial since the last one she debuted in 2007. 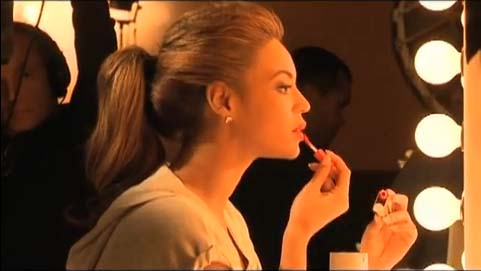 The new commercial takes place in a theater similar to the one that was shown in the film “Dream Girls,” and the singer says in doing this commercial she’s been having dejavu moments and reliving one of the best moments of her life, which was the making of that film. 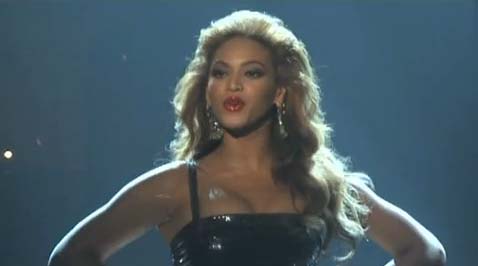 While speaking highly of the brand, Beyonce says: “As far as lipgloss and lipsticks, Infallible is truly something that stays put (wherever you put it) it stays there, and I don’t have to worry about being careful. I can really perform, and give a great performance.”

As Beyonce’s L’Oreal contract is said to be coming to an end soon, the company must be working her overtime. Along with the lip color commercial, they also recently unveiled a new ad campaign. The new ad is displaying what many say is Beyonce’s true skin color. It’s looked upon as a drastic change from a previous campaign where she appeared to be “white-washed.” 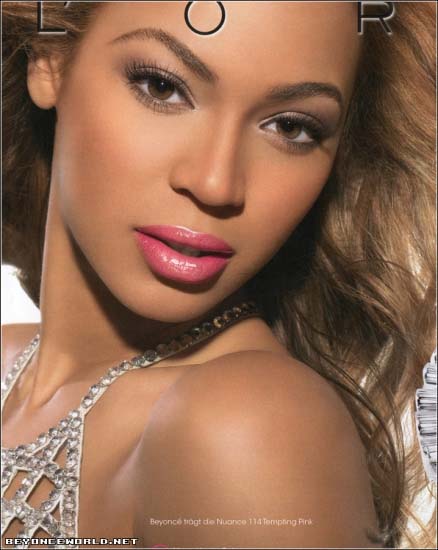 In an exclusive interview with Elle magazine, Beyonce revealed the secret that she claims gives her body and skin a velvety sheen. “I layer on bronzers for public appearances. I love L’Oréal Paris Sublime Bronze One Day gel, which you can just get at Walmart, and Scott Barnes Body Bling is also great,” she said.