It looks as if single black women formed a large capital S for the “Single Black Female” ABC “Nightline” Face-Off which took place in Atlanta, GA on April 9.

Celebrity publicist, Marvet Britto was on the scene and took to her twitter page to tweet us a taste of what to expect on April 21, 2010 when the show actually airs for the world to see. 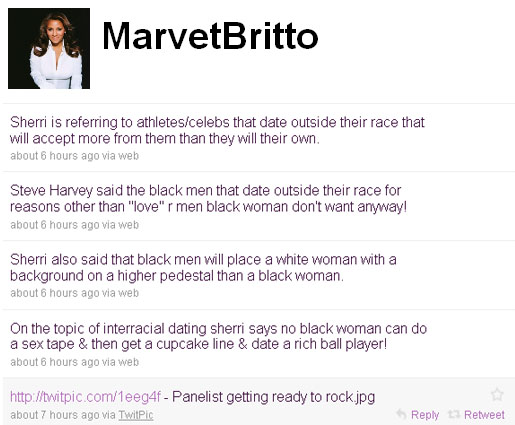