In the film, Bow Wow plays an ex-con named Byron, who is trying his best to deal with his incredibly ghetto baby mama Sabrina, played by singer /actress Teyana Taylor. Although they got along long enough to make a baby, those days are over and they can't stand each other now. 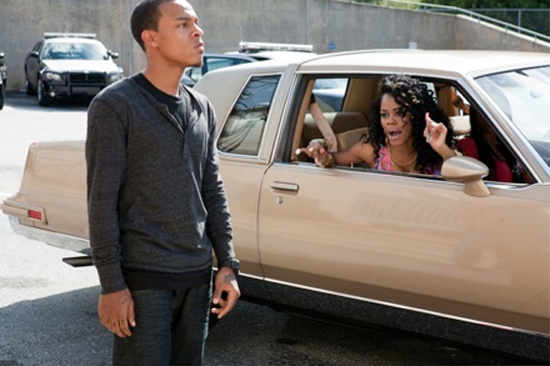 “He hates her,” Bow Wow told S2S with a laugh; his situation doesn't get much better with his current lady love either. “[Sabrina's] always there to pick on him, but then he has a girlfriend who is always there to stress him out. So, he's kind of in a lose-lose situation.”

According to Bow Wow, getting into a Tyler Perry film is big deal in Black Hollywood, so when he saw his opportunity to approach Tyler about a role, he took it.

“I walked up on Tyler at a Janet Jackson concert and basically told him straight up, like, 'Yo, you gotta put me in your movie. I'm that next dude, man,'” he recalled.

Bow Wow said Tyler was really cool about the impromptu casting call, and it didn't take long for the rapper-actor to be contacted about a table read for the film. The rest, as they say is history.

On working with Teyana: “It was cool, she's like a little sister,” said Bow Wow. He also believes her role came naturally for her. “For the most part, she just really got to act like Teyana: Ghetto as hell….”