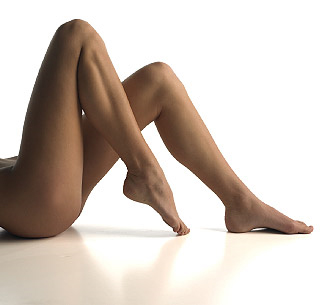 Just yesterday, New Jersey’s state Board of Cosmetology and Hairstyling was moving toward a ban on genital waxing altogether after two women reported being injured in their quest for a smooth bikini line.

Both women were hospitalized for infections following so-called “Brazilian” bikini waxes; one of the women has filed a lawsuit, according to Jeff Lamm, a spokesman for New Jersey’s Division of Consumer Affairs, which oversees the cosmetology board.

Technically, genital waxing has never been allowed in New Jersey, only the face, neck, abdomen, legs and arms are permitted, but because bare-it-all “Brazilians” weren’t specifically banned, state regulators haven’t enforced the law.

Genital waxing can be dangerous in that the hot wax can irritate or tear delicate skin in the bikini area, resulting in infections, ingrown hairs and rashes, according to skin care experts.

Despite such risks, millions of American women and some men choose to have the hair down there ripped away, and a majority of salons in New Jersey offer the procedure for between $50 to $60.

Today those plans have been scrapped. The state decided to reverse course on the proposal after angry salon owners complained about losing business ahead of swimsuit season.

“It was an unnecessary issue,” said spa owner Linda Orsuto. “In New Jersey especially, where the government has been picking our pockets for so long, it was like, ‘Just stay out of our pants, will you?'”

Consumer Affairs Director David Szuchman effectively killed the plan. In a letter to the board, Szuchman says he won’t support the ban, and since his office oversees the board, the ban would never be approved.

“Many commenters have noted that the procedure can be safely performed. I, therefore, believe that there are alternate means to address any public health issues identified by the board,” Szuchman wrote the board. He encouraged the board “to begin an immediate review of the training necessary to safely provide this service, and to establish appropriate protocols and safeguards.”

All I can say is it must be a pretty penny being made along with some strong economic concerns for state regulators to disregard the health and safety of others to keep salon owners from taking a loss just because swim season is right around the corner. Usually the State Boards are pretty tough!

Then on the other hand, how could a state even consider banning a service where only 2 people have complained of injuries?