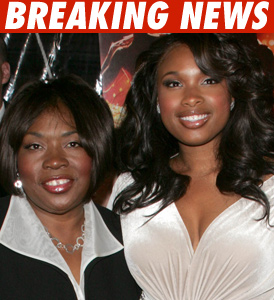 Authorities in Chicago are investigating the deaths of two people whose bodies were found at a home that's listed under the same name as the mother of Jennifer Hudson.

The Cook County medical examiner's office says officials were dispatched Friday afternoon to a South Side home where the bodies of a man and a woman were found.

Police say they're at the home and two people were found unresponsive, but they have no other details.

Police tape blocks access to the large, white house, where a crowd has gathered outside.

Public listings show a Jennifer Hudson and Darnell Donerson at the address. Hudson, the Oscar-winning actress and singer, grew up in Chicago and her mother's name is Darnell Donerson.