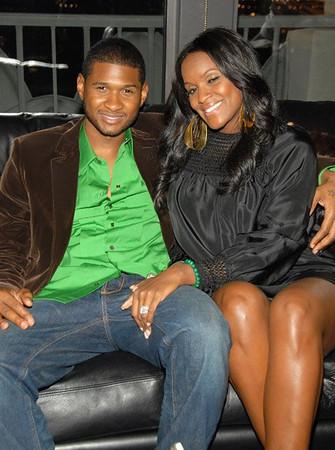 On Saturday night, Usher canceled his performance at the Recording Academy and Clive Davis's Pre-Grammy Gala. Davis told party-goers the singer had to bow out due to a “serious injury in the family.”

On Sunday, Davis, Sony Music Worldwide's chief creative officer, told PEOPLE. “I talked to his mom. My thoughts are with them, whatever they’re facing.”

Foster, 37, gave birth to the couple's second child, Naveid Ely Raymond, in December. The two have an older son, Usher Raymond V, and Foster also has three sons from a previous relationship.