BROKE: Some States Issuing IOU's Rather Than Tax Refunds 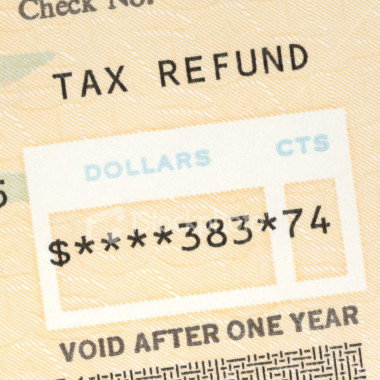 If you're wondering where your state refund check is because you haven't received it yet in the mail, FORGET ABOUT IT.

According to MSNBC, the economic meltdown is hitting statehouses around the country so hard that some are holding their residents’ tax refund checks hostage.

Budget crises in Kansas and California have already forced those states to halt tax refund processing. In California, there's even been talk of sending out government IOUs instead of money.

In New York, state officials insist they have enough money set aside to pay tax refunds, but tax preparers in the state say refund checks are taking an awfully long time to arrive. And around the country, with 46 states facing budget crises, according to the Center on Budget and Policy Priorities, some taxpayers worry that their refund checks might be withheld as well.

When Camarillo, Calif., resident Christine Hughes logs in to check on the status of her refund, all she sees is this disheartening message:

Hughes says she and her husband are awaiting $1,000 in refunds from California.

“It's pretty ridiculous, but what can we do?” she said.

California officials suspended tax refund payments in January to free up $2 billion for state operations as the state’s budget crisis reached epic proportions — with a $42 billion deficit and coffers essentially running on zero for 17 months. Despite the budget compromise forged on Feb. 19 by Gov. Arnold Schwarzenegger and the state Legislature, it’s still not clear when refund payments will resume.

In Kansas, refunds were halted temporarily by a budget battle pitting Democratic Gov. Kathleen Sebelius against the Republican-controlled Legislature. The lawmakers passed a budget with spending cuts of around $300 million, but Sebelius refused to sign it. At the same time, she had asked to borrow $225 million from another government agency to cover the refund payments, but Republicans blocked that. The two sides reached a deal last week and state officials there say refund checks should be sent out shortly.

Placing tax refund payments in limbo could make states liable for interest payments, but many state governments have given themselves a wide grace period – much more than your bank gives you. In California, residents who are forced to wait for their returns are entitled to interest payments only if the delay extends 45 days beyond April 15.

Hughes said she thinks it’s unfair for state officials to treat her refund like a free loan. She plans reduce her paycheck withholding for state taxes until her refund arrives.

“If they can't pay the taxpayers back what we are owed, we should not be obligated to give them any more of our hard earned money to mismanage,” she said.