Celebrities and everyday regular people alike are taking advantage of marijuana since becoming legal in over 23 states. Some are branding strains of buds and representing products. Others are getting more intimately involved by partnering directly in businesses.

“It seems like every day, someone new is announcing their launch,” said Steve Bloom of CelebStoner.com. “They are getting a little bit congested.”

“There’s no fairness in the business world, it’s a dog-eat-dog, a snooze-you-lose world. There’s people who don’t know anything about pot but they are learning quickly,” says comedian Tommy Chong who announced his new signature line of of marijuana called “Chong’s Choice” just last week in California. He’s also partnered with the company Futurola on a device that rolls joints with a filter tip.

Rapper Wiz Khalifa joined the ranks by creating his own branded set of strains called Khalifa Kush. These strains of cannabis have been available in California medical marijuana dispensaries for almost a year. His cannabis products aren’t just flowers but include infused edibles and hash oil concentrates. Khalifa also partnered with rolling paper company RAW on a line of cones and rolling trays for cannabis enthusiasts.

Snoop Dogg whose been in the business for a while in various areas recently announced his own array of marijuana will be available in Colorado later this month. Snoop is working with a shop called LivWell on eight different strains of cannabis, some of them are named Blueberry Dream, Lemon Pie and Tangerine Man. He is also planning a line of edibles called Dogg Treats. 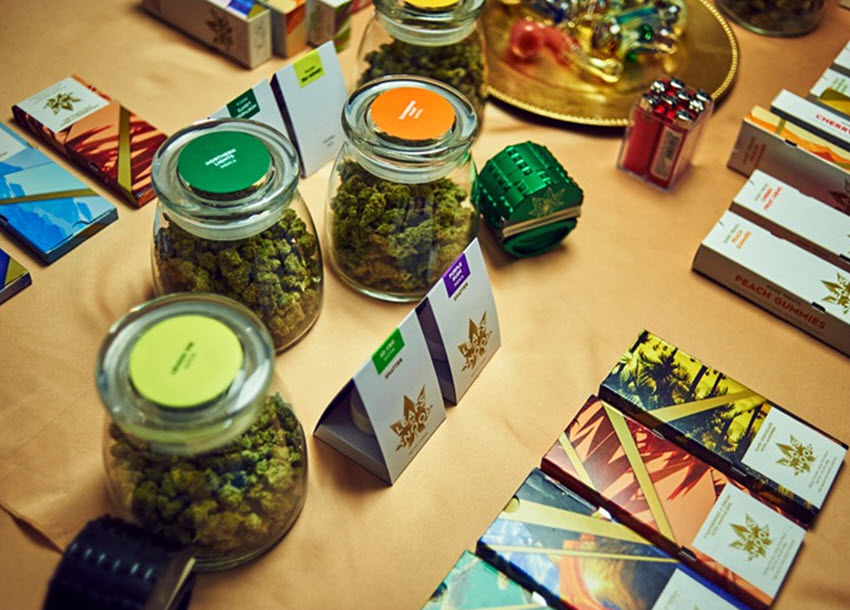 Willie Nelson is launching his own foray of branded plants with Willie’s Reserve that will be available on 4/20 this year in Washington and Colorado. Nelson formed a new company to handle the effort.

Nelson is seeing the shift within his lifetime. But a company called Privateer Holdings who operate the web app Leafly struck a major deal with the estate of music legend Bob Marley last year. The Marley family has always been extremely cautious on where they lend their name. This week the line of “Marley Natural” cannabis strains began selling in three California medical dispensaries.

Singer Melissa Etheridge appeared on stage at the Women Grow conference in Denver last week. After a battle with cancer Etheridge has been an outspoken cannabis advocate. In 2014 she began to offer a cannabis infused wine “tincture” at a dispensary in California.

Actor Woody Harrelson announced this week that he is applying for a medical marijuana dispensary license in Hawaii. Harrelson, a longtime advocate for legalization, lives most of the year on the islands. He is also a prominent activist for industrial hemp and was arrested for planting some hemp seeds in Kentucky back in 1996.

Former New Jersey Nets forward and NBA star Cliff Robinson is the most recent player to enter the world of cannabis business. Robinson lives in Portland, Oregon and announced he is opening a legal marijuana store called “Uncle Spliffy” and will offer strains tailored for athletes.

B-Real from the group Cypress Hill was one of the first into the celebrity ganja game. He cultivated a popular strain called “Tangie” that has been for sale in California shops. Now he is the partner in a group that won a medical marijuana dispensary license in the city of Santa Ana, CA.

“There’s a lot of opportunities right now,” he said. “It’s just picking the right ones that you know that can make work and that make sense. And that you’re actually dealing with the compassion side of it and not just in it for the dollar. Because there’s a lot of people that aren’t about this culture, they open up these shops and they’re just making money off of the patients, off of the culture and they’ve got no love for it. They’ve got very little knowledge of it. They’re not connoisseurs so whatever is on their counters they couldn’t even tell their consumer about.”

Looking to get into the legal marijuana business? Check out some of the following resources and find various types of opportunities that might be available to you.