Erykah Badu and Lauryn Hill Keep It Funky at Coachella 2011

One can never tell what Erykah Badu will step out on the scene in, as her look changes dramatically each time. Either way, she manages to keep it funky.

Erykah took to the stage at Coachella Music Festival 2011 a little late but relaxed, wearing print leggings, a white, red trimmed tee, army colored drop crotch trousers, and a wicked pair of LaRare leather fan pleated sandals. She topped everything off with her own functional art jewelry, giving the completed look a real hippie chic appeal.

Riding on her heels, Lauryn Hill was also present for Coachella 2011. Lauryn’s style is no doubt just as funky as Badu’s. The only difference being, Lauryn adds a little more retro haute to her hippie.

Lauryn stepped to the stage and rocked the mic in a Spring 2011 Jil Sanders striped dress. She made the look her own by wearing a sheer, laced top underneath, and a black leather jacket. Lauryn topped everything off with Run DMC style jewelry, a black brim hat, with a knitted hat trimming. 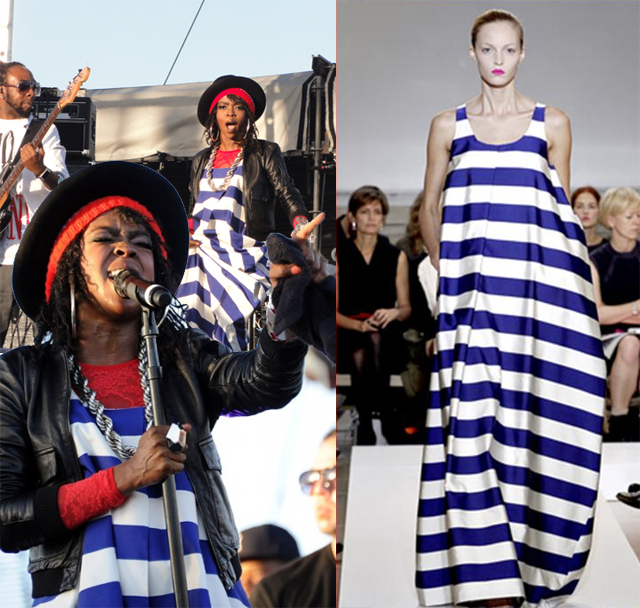