I’ll be the first to admit that I don’t necessarily follow Justin Bieber nor his music. As I’m posting this blog, the most I can tell you about Bieber is that he’s sixteen, he hangs out with Usher, he’s adored by young girls worldwide, he doesn’t have a great bond with his mother since becoming a child star, and whoever his manager is needs to be fired; stat.

When I say stat, I mean as in the moment they made him become distant with his mother; the day they allowed him to literally “come out” with his own OPI nail polish collection, and before they were allowed to approve of the amount of makeup he’s shown wearing on the cover of this magazine. 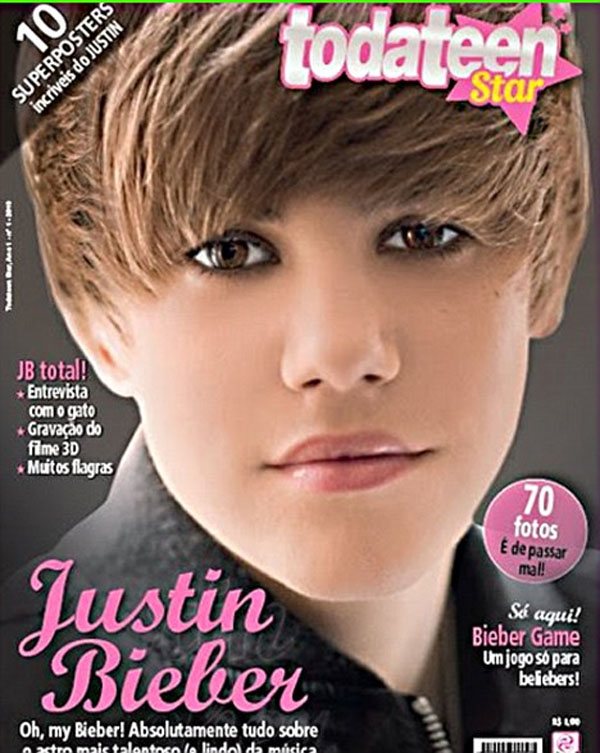