Singer Kelly Rowland attended Vegas magazine’s 9th Anniversary Party at the Cosmopolitan Casino in Las Vegas, NV, on June 9, 2012. She also happens to be featured on the cover for its anniversary issue.

Rowland is shown below posing next to her cover art on the red carpet. For the event, she opted for a spandex, tie dye, one shoulder dress, paired with pink Charlotte Olympia Python platforms. 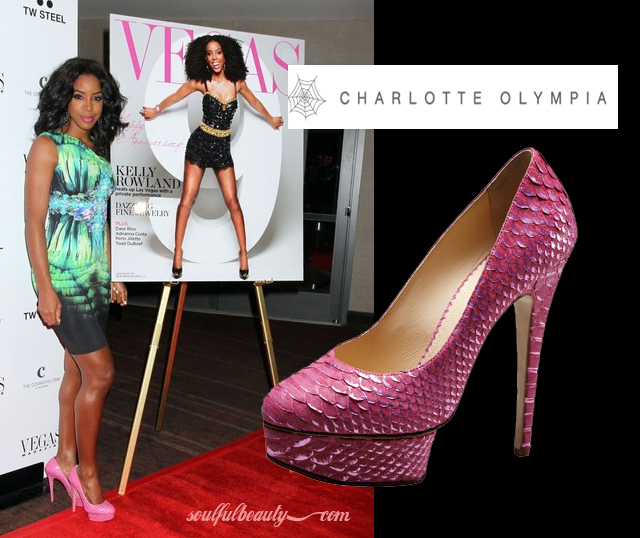