Mariah Carey and Nick Cannon were out and about in Paris today ready to drop some cash on their twins, Roc and Roe in Dior's baby boutique. The couple are currently celebrating their four-year anniversary, and according to Mariah, it's going to be a special day for the family, and they've “put together some very festive plans.” Nick and Mariah's vow renewal ceremony is reportedly taking place later tonight near the Eiffel Tower. 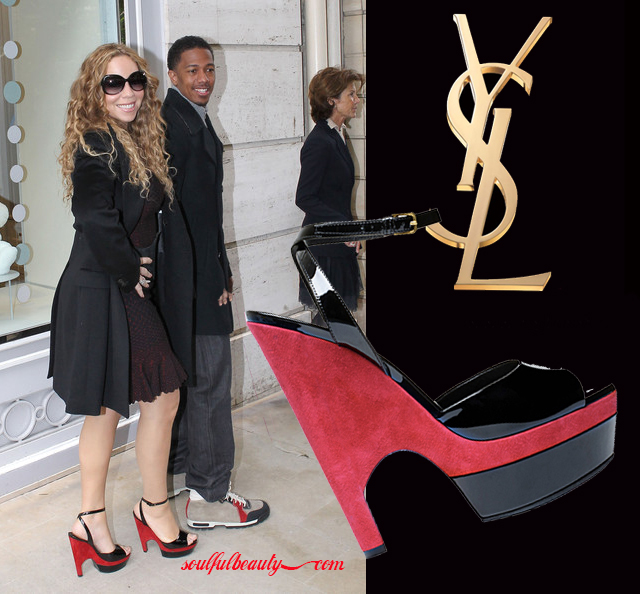 Mariah was all smiles and turned to pose for the paps. She was wearing all read and black, which included a pair of Yves Saint Laurent Ankle Strap Platform Sandals from the designers Cruise 2012 collection.
[mashshare]
Comments
Facebook 3.6KFans
Twitter 0Followers
Youtube 1.5KSubscriber
Menu Title