Teyana Taylor was spotted at Lebron James & Jay-Z’s 4th Annual “TWO Kings” Dinner in Houston wearing a rather interesting combination of men and women’s style clothing and accessories which were in perfect sinc with New York Fashion Week trends that were being showcased across the way in Bryant Park. 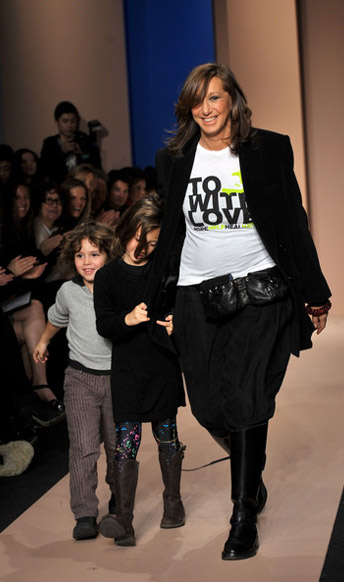 Teyana, who is known for wearing a variety of boyish fashion trends couldn’t be more “in style” this season as Mercedes Benz New York Fashion Week 2010 in Bryant Park was dominated by menswear influences. Designers such as Alexander Wang, DKNY (Donna Karan) shown above, and Victoria Beckham all showed various menswear and boyfriend jackets.

Diane von Furstenberg told the crowd during her show that she was more masculine. “I always wanted to live a man’s life in a woman’s body.” Diane said that her metamorphosis was purposed to catch sex appeal.