Celebrities Making Plans To Leave The U.S. if McCain Wins 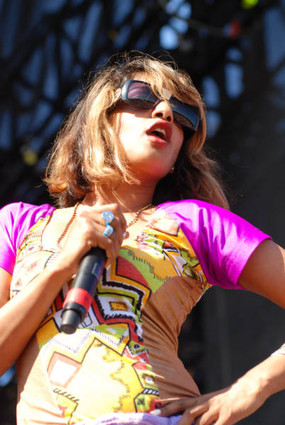 The Paper Planes hit-maker, real name Mathangi 'Maya' Arulpragasam, is fascinated by the history-making election and is throwing her support behind McCain's opponent, Democrat Barack Obama. But if the Illinois senator fails to win enough votes to get to the White House, M.I.A. will take the first plane out of the U.S.

She says, “If McCain gets voted in, then I'm outta here quicker than anyone can say Obama. I'm here because it's an interesting time. It's important to be here watching and saying to people, 'Look, your country has been so dumb for eight years. If you f**k up one more time, that's a whole generation of dumb people.'”

The musician and his supermodel wife Heidi Klum are paying close attention to the history-making vote. And Seal is throwing his support behind McCain's opponent, Democrat Barack Obama, vowing to take the first plane out of the country if the Illinois senator fails to make it to the White House.

In an interview with Vanity Fair magazine he says, “If McCain is elected and America staggers on further toward the abyss, then we will leave the country.”

'I can't even envision how bad it's gonna be'.  Akon 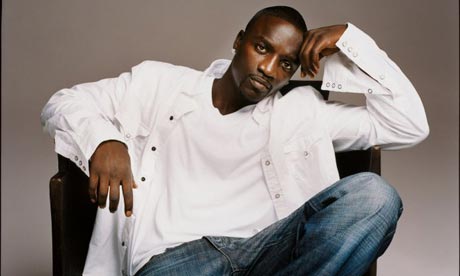 Akon, the Grammy-winning, multi-platinum-selling R&B star, has said that he will renounce his US citizenship and leave the country if John McCain wins next week's presidential election.

The singer, producer and songwriter, speaking to The Guardian during a promotional visit to Britain, was born in Senegal and plans to return to Africa should Barack Obama fail to become the United States' 44th President.

“If he [Obama] doesn't get into office, I'm gonna change my citizenship,” he said. “I'm moving back to Africa. You can hold me to that. I'm afraid to live there if he [McCain] is President. The decisions he makes scare me: he's making selfish decisions, he's doing whatever it takes to get into office.”

Akon cited the selection of Alaska Governor Sarah Palin as McCain's running-mate as one of the decisions that gave him concern. “I don't think he's going to last eight years,” he said, referring to McCain, “so she's definitely going to be president. Oh my goodness – that's scarier. And who would be her running mate? Joe the Plumber?

“I'm very afraid,” he continued. “If the people don't see [that life in America will deteriorate under McCain], then that's a dangerous place to be for the next four years. I can't even envision how bad it's gonna be. I see it now – like, I'm driving down the highway, and I see cars parked with their emergency lights on because [people] can't afford to buy gas. You've got families walking, carrying infants to the next exit to take a taxi, because the taxi will get them home cheaper than the gas.”

The singer, who is unable to vote in this election due to a previous felony conviction, does not have a track record of speaking out on politics; but as one of the highest-selling black artists in the US, his views may carry some weight.

“I really, really hope that Obama gets in,” he said, “but I don't want to jinx him. It's too early to say, because I don't remember anybody voting for [George W] Bush's second term, and he still won.”