It wasn’t too long ago that Solange Knowles lashed out over people having an opinion about her hair and what it should or shouldn’t look like. Now, following right behind her is rapper Lil Mama who can’t seem to catch a break when it comes to people judging her by the way she looks. 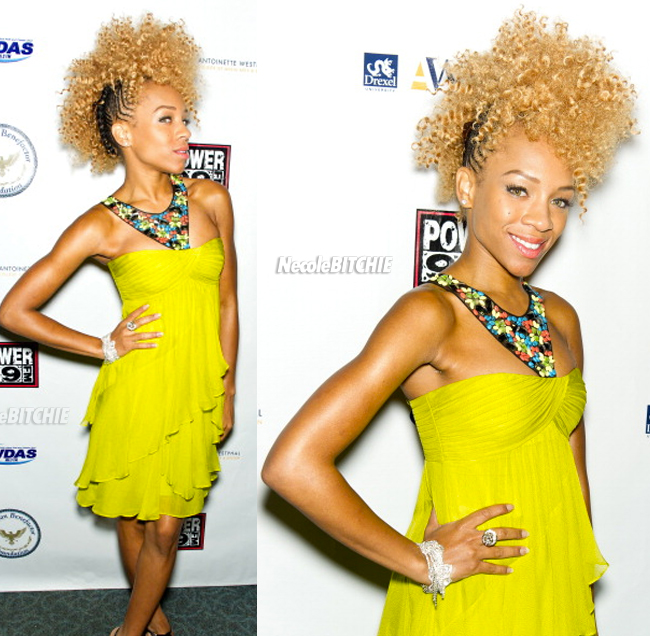 LoveBrownSugar.com recently caught up with Lil Mama at the Global Fuse Festival in Philadelphia, where she expressed her disappointment with the negative feedback concerning her natural hairstyles. The most hurtful, they were all coming from other black women.

“I posted the picture [of my hair] and they were like, ‘Oh my God, you look like a shocked slave.’ I didn’t get one comment from a white person that was negative about my hair. All of them came from the sisters that had these bulls–t helmet weaves, looking like a fake azz Nicki Minaj or whoever else they think they is. They don’t know who they are and the people that they are looking to for guidance don’t know who they are. So, it sucks.”

On if she thinks that the perception of Natural Hair can be changed
I think you can change it — Michael Jackson said it best: Start with the man in the mirror. And being natural all your life and never converting to get a perm because you feel pressured shows your strength, not only as a woman but as an individual because that made you who you are. I feel like just going natural, I feel good about it, and I’m just trying to find different ways that I feel pretty, not the typical version of pretty.