Rihanna’s got a new look, and this time it’s all about the red hair.

While rapper Nicki Minaj claims to have the Black Barbie image on lock, Rihanna is on some other stuff. She performed during Rock in Rio Madrid 2010, at the Ciudad del Rock on June 5, 2010 in Arganda del Rey, Spain like she was the x-rated version of Ariel the Disney Princess.

And YES… Ariel does have red hair… okaaaaay 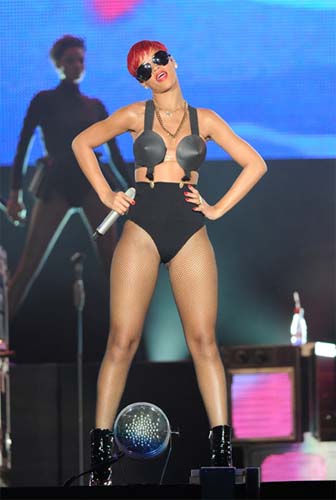