With Fashion’s Night Out, New York Fashion Week, new movie premieres, and other events, all taking place this past week, several celebs were spotted on the scene snapping fashionable photos for the paps.

Alicia Keys attended the Stand Up To Cancer benefit at The Shrine Auditorium on Sept. 7 in Los Angeles, California. She dressed down in black leggings paired with an event t-shirt and colorblock strappy sandals. 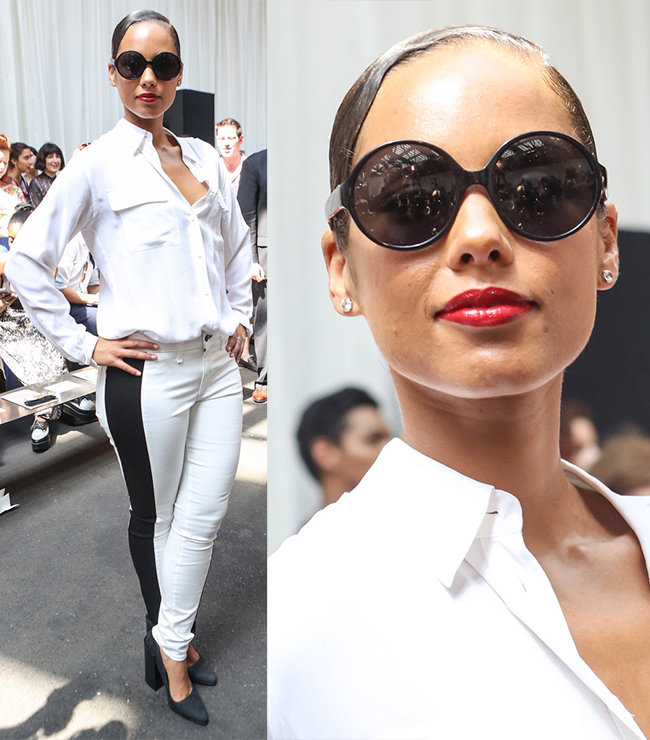 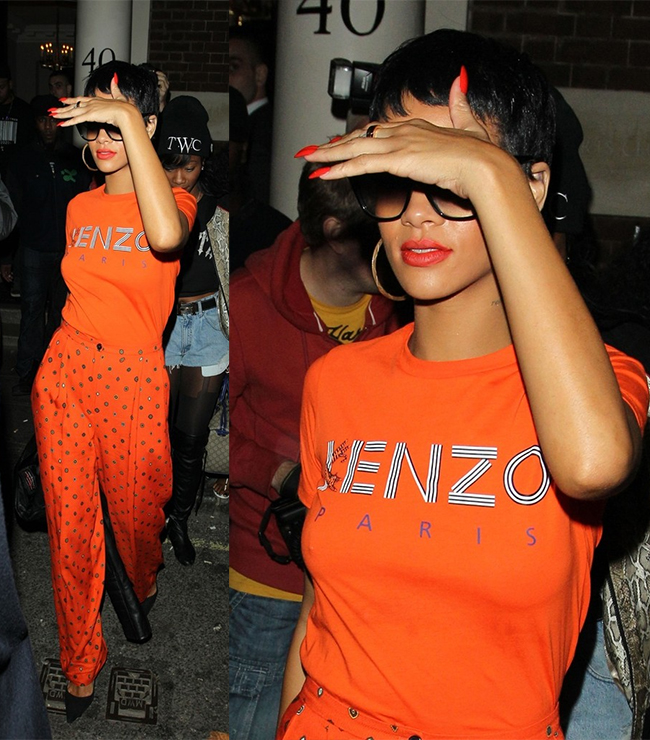 Rihanna was in the mood for orange this weekend. She was photo’d on and off the stage rocking two different tangy orange ensembles, while in London on Sept. 8. For both occasions, she was hanging out and performing with rapper Jay-Z. 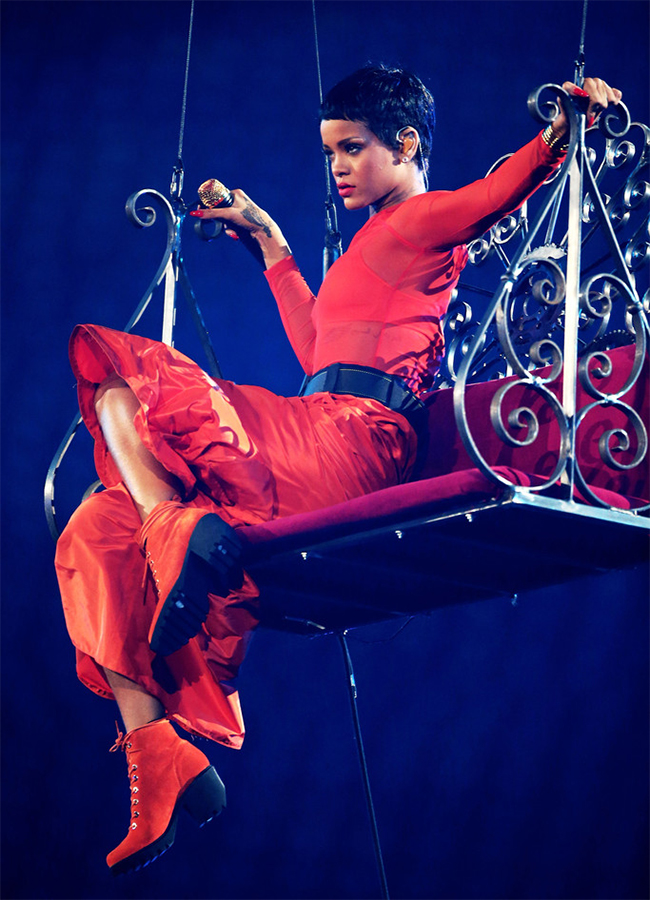 Model Jeneil Williams and actress Gabrielle Union celebrated Fashion’s Night Out at the Calvin Klein Boutique on Sept. 6 in New York City. Gabby opted for a Calvin Klein dress and lace up sandals from the brands Spring 2013 collection. The two paired their looks with trendy envelope clutch bags. 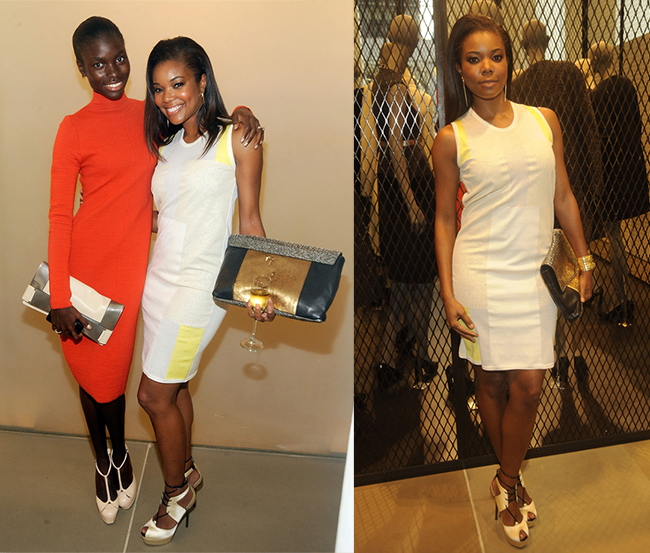 Actress Halle Berry attended the “Cloud Atlas” movie premiere during the 2012 Toronto International Film Festival on Sept. 8. She went for an exotic look, and managed to pull off a Fall 2012 wide-leg pants suit by designer Roberto Cavalli. She paired the look with a sheer, dotted top and tassle earrings. 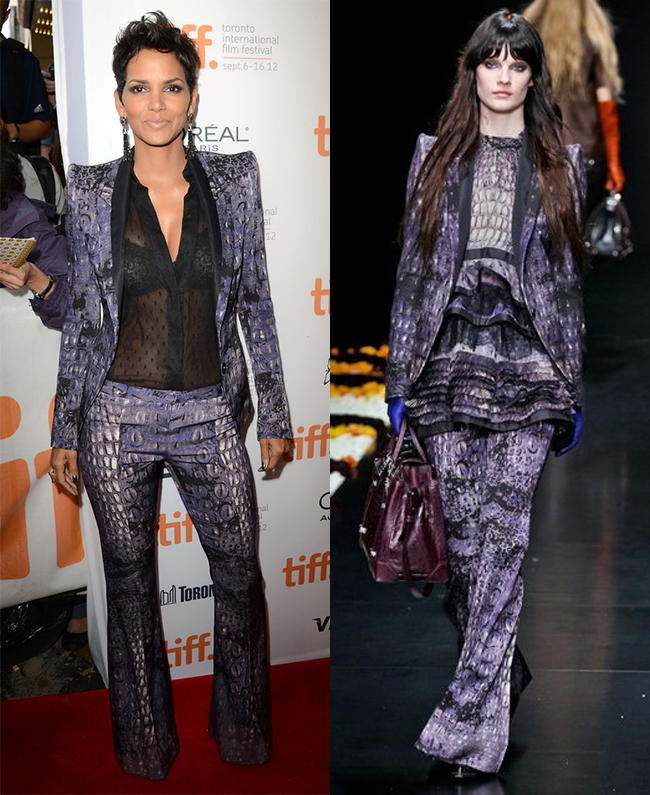 Jada Pinkett Smith and her family also attended the Toronto International Film Festival. They were spotted at the “Free Angela & All Political Prisoners” premiere, held at Roy Thomson Hall on September 9, 2012. Jada opted for Tom Ford from front to back and head to toe. She also completed her look with a trendy colorblock envelope clutch bag. 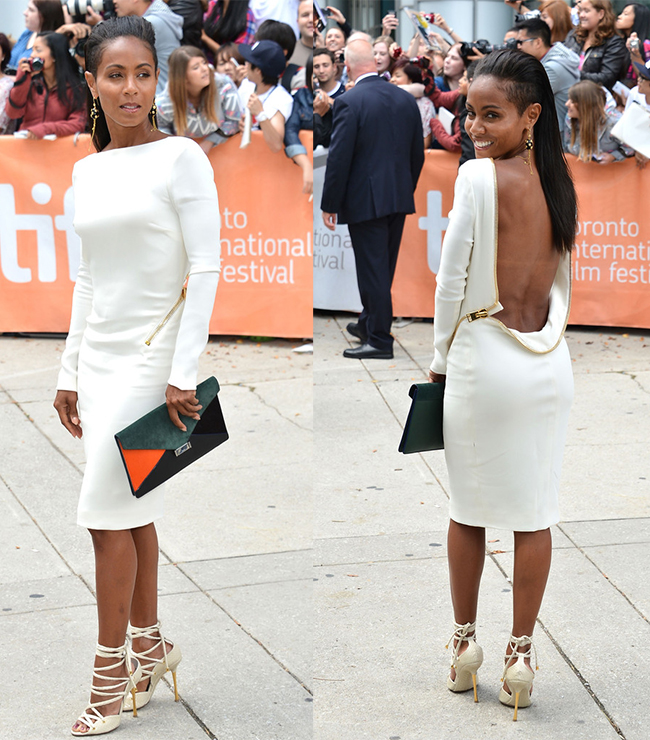 Willow and Jaden Smith looked like twins in matching black and gold Versace outfits for the event. Jaden completed his look with animal print Vans, and Willow completed her look with buckle boots. 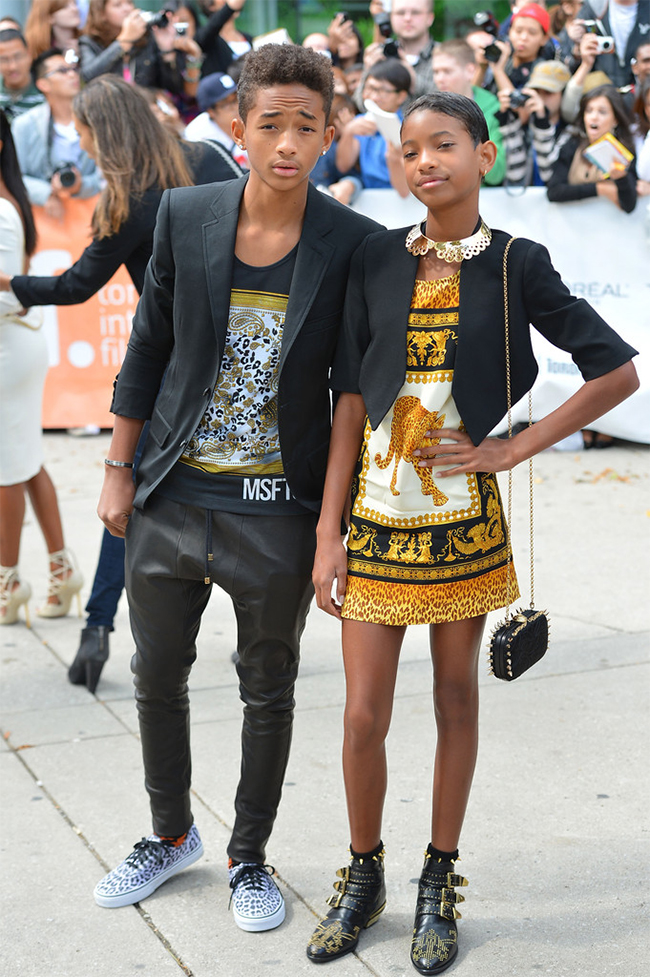