The 2012 MTV Video Music Awards, hosted by Kevin Hart, took place on Thursday, September 6, 2012, honoring the best music videos from the previous year. The awards were broadcast from the Staples Center arena at L.A. Live in Downtown Los Angeles. Check out a few looks from the red carpet below. 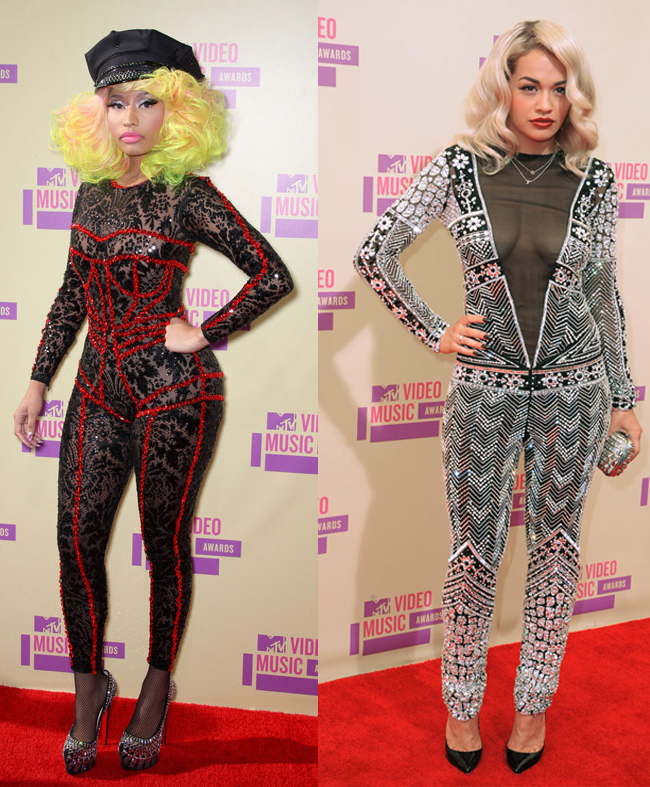 Nicki Minaj posed with attitude in her usual bodysuit attire. The claimed Barbie Doll rapper opted for racy lace with red body jewel detail and Christian Louboutin platforms. Rita Ora also went for a form-fitting onsie look. She sparkled in a crystal embellished Emilio Pucci jumpsuit. She toned her look down a notch by pairing it with black Christian Louboutin heels. 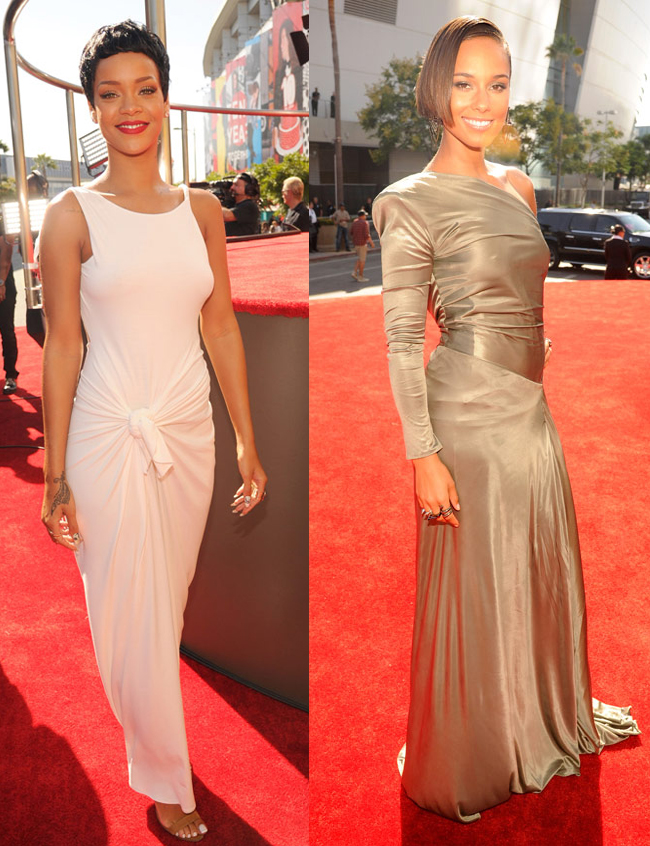 Rihanna, who won won video of the year for her hit ‘We Found Love’, stayed true to one of her favorite designers. She stepped to the red carpet donning a custom made white gown with knotted detail by Adam Selman. Alicia Keys opted for a silver one-shoulder gown by Alexandre Vauthier. Not to go unnoticed, both ladies also rocked their new short haircuts. 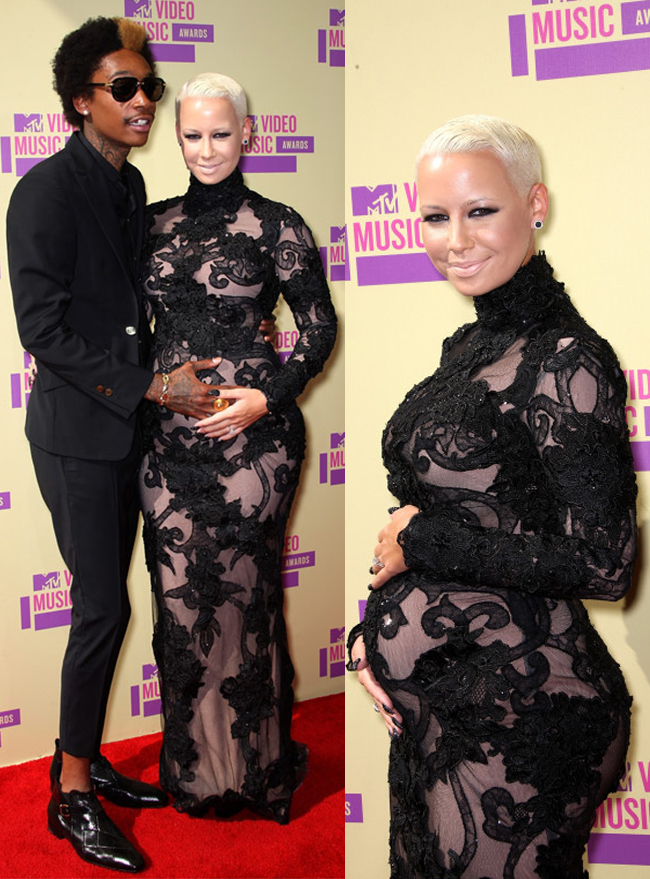 Amber Rose made her official appearance as a pregnant woman with her soon-to-be baby daddy Wiz Kalifah. Rose opted for a beautiful sheer embroidered gown that showed off her growing baby bump. One can only assume that Kalifah was feeling mighty confident in his Urkel made suit, no socks, and quilted black booties. 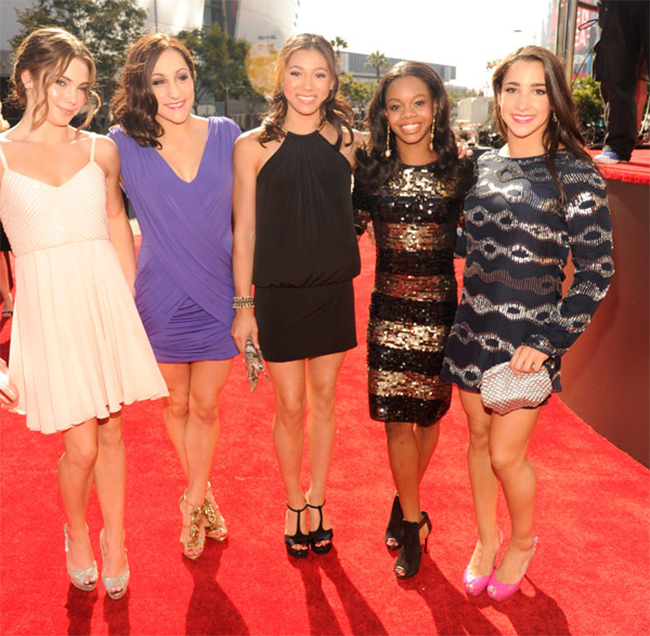 Gabby Douglas made her appearance at this years VMA's with the rest of the USA Olympic Gold gymnastic winners, and they all looked red-carpet ready. 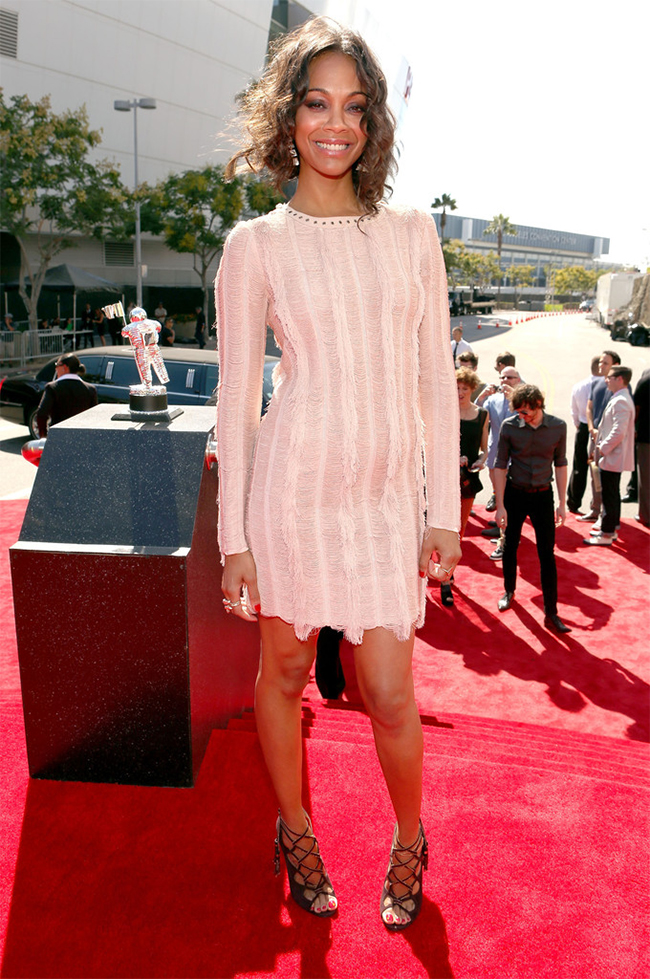 Actress Zoe Saldana opted for a fringed ale pink dress by Ferragamao. She paired her look with black strappy sandals and a bed-head hairdo. 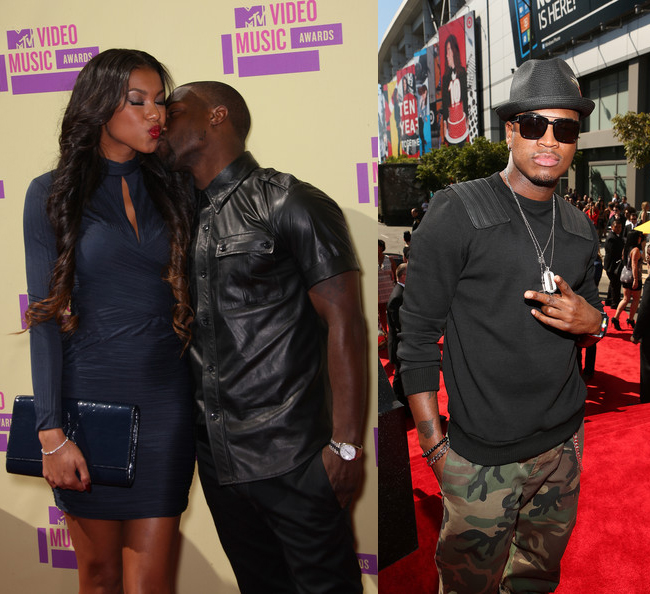