Mercedes Benz New York Fashion Week Fall 2013 is in full effect, and celebrities are getting a front row and backstage glimpse at all the new season trends.

Rapper Eve (shown above and below), who is clearly not bearing a child, as previous reports suggested, was spotted attending several shows and events. She showed off her stylish sense of fashion, while sporting the latest looks from Prabal Gurung, Dsquared2, and Nicole Miller. 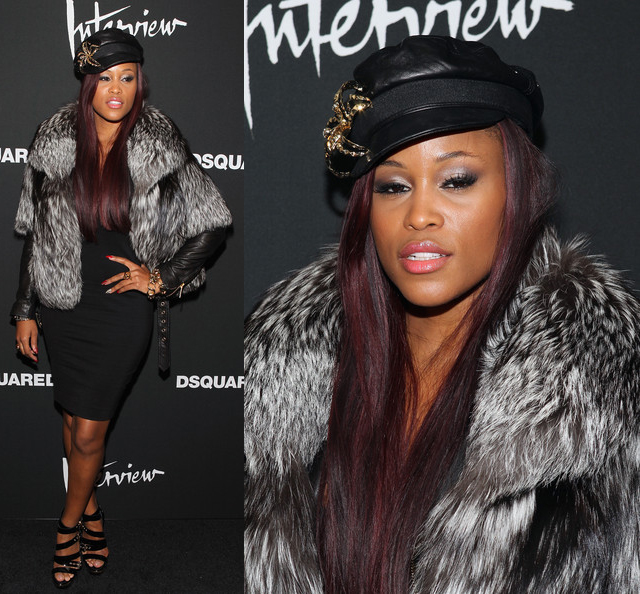 Rapper Lil Kim (shown below) hit the runway for the Reality of FASHION The Reality of AIDS show wearing a dress design by Dominique Auxilly. The show was to bring awareness to the current AIDS epidemic. 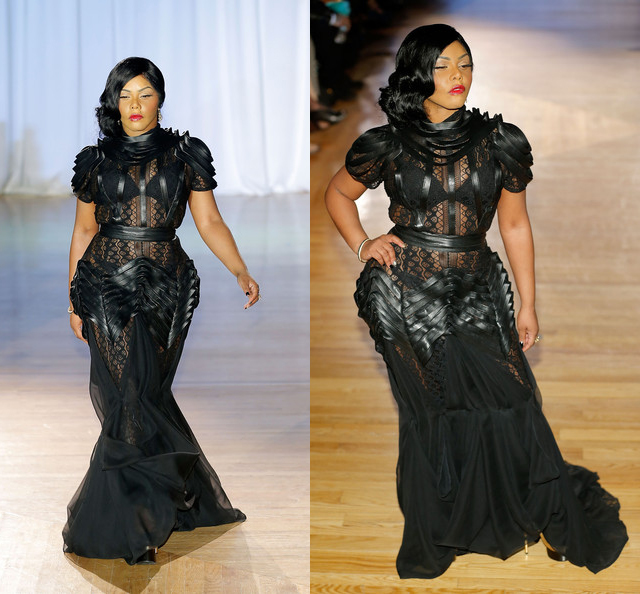 Actress Angela Basset (shown below) was also spotted enjoying NYFW. She attended her dear friend, designer Tracy Reece’s show. When asked how she felt about the First Lady, Michelle Obama, wearing pieces from her friend’s clothing collection, she responded by saying: “Ohhh, I feel extraordinarily proud. You feel like it’s your sister or your family and you can identify with the moment because it’s such an honor when she (Mrs. Obama) has so many other choices.” 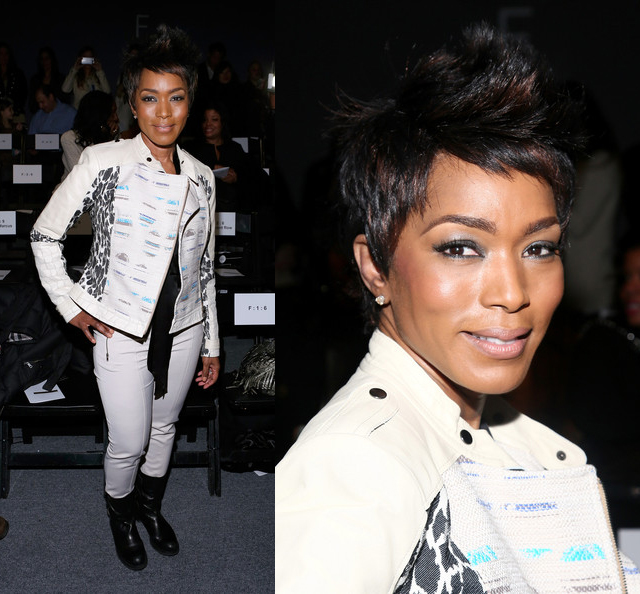 Of course, Angela Simmon’s (shown below) made her regular appearance, showcasing a variety of different looks. It’s almost like the shows would be missing someone if she didn’t show up. 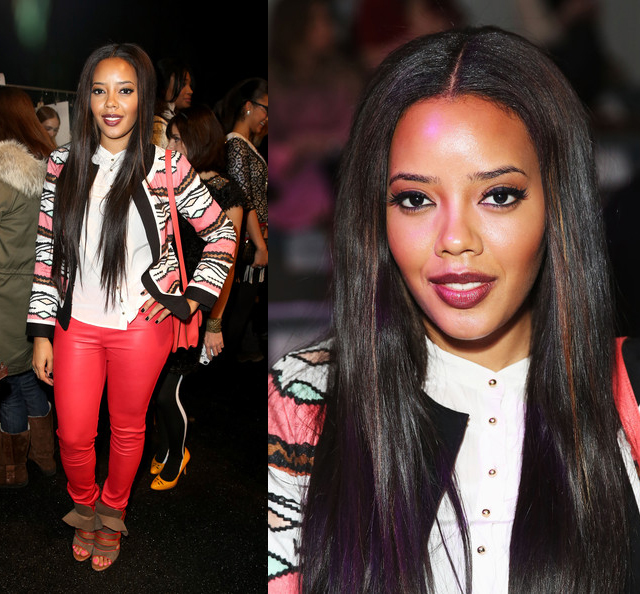 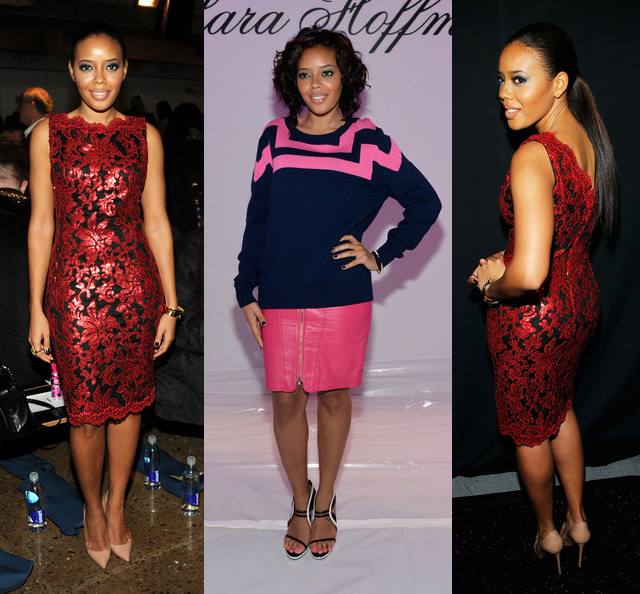 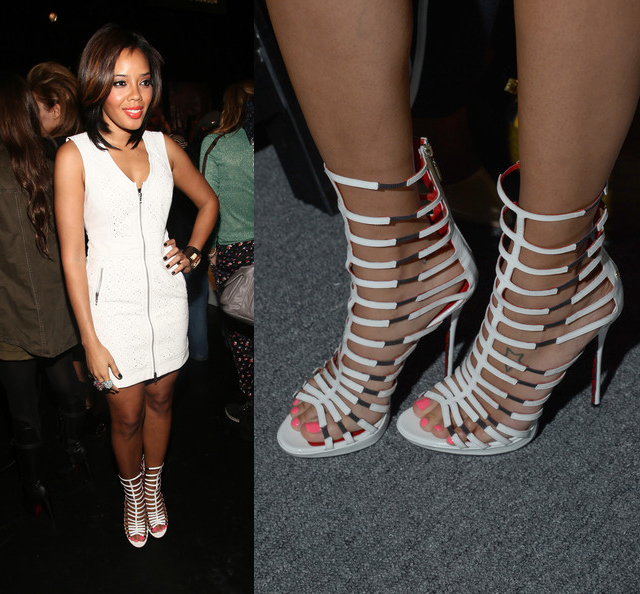 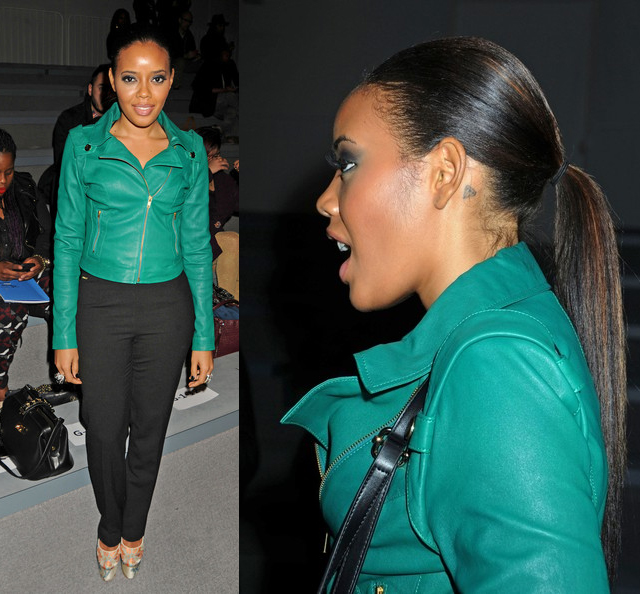 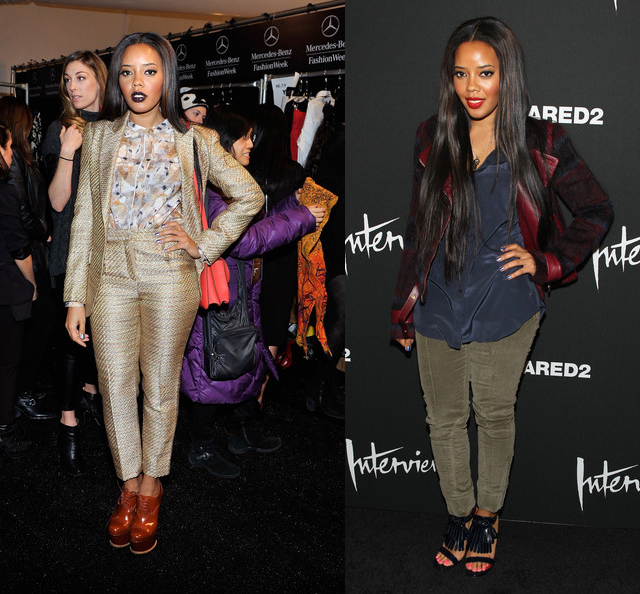