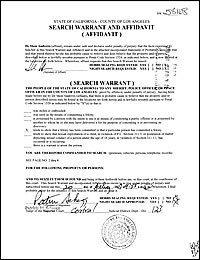 The day everyone has been waiting for.  Chris Brown's day in court.

Brown was charged with two felonies that carry the possibility of prison time. In a complaint filed Thursday morning, the L.A. district attorney accused Brown, 19, of assault “by means of force likely to produce great bodily injury” and criminal threats. The charges carry a sentence ranging from probation to almost five years in prison, according to prosecutors.

The document identified the victim in the Feb. 8 incident as “Robyn F.” Rihanna’s full name is Robyn Rihanna Fenty. In the complaint, prosecutors alleged that Brown threatened “to commit a crime which would result in death” to Rihanna and that what Brown threatened “was so unequivocal, unconditional, immediate and specific as to convey … a gravity of purpose and an immediate prospect of execution.”

She was in fear of her safety or the safety of her family during the alleged attack, according to the complaint.

Brown, who is free on $50,000 bail, is due to be arraigned on the charge this afternoon in Superior Court. For live coverage visit: TMZ they are there at the courthouse patiently stalking the scene waiting for anything and everything one could possibly want to know.