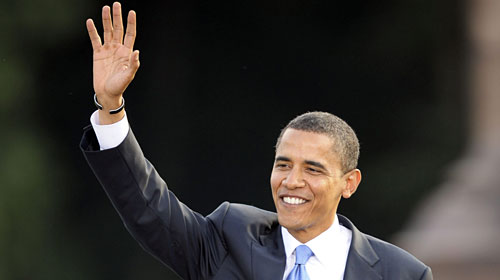 AMID the crush of media at next week's Democratic National Convention will be two relative newcomers to the election scene: TV One and BET, a pair of cable networks that court an African American audience. As all media outlets, the pair must meet the usual programming and logistical demands of convention coverage, but they also face a question that is virtually unique to them: What is the line between pride and advocacy?

Although Sen. Barack Obama's historic candidacy has prompted the two networks to devote unprecedented resources toward political coverage, it also means they must find a journalistic balance between honoring the achievement and reporting the news. That tension has been highlighted by both networks' decision to extensively cover the Democratic convention and practically ignore its Republican counterpart.

Both networks can provide a depth and insight that perhaps the mainstream media cannot, but they are still wary of charges of favoritism, which have already surfaced within some pockets of the black national media.

“If the media outlets are covering this just because he's black, that's the wrong reason,” said Harry Lyles, an Atlanta-based urban radio and media consultant who has been critical of many black radio stations' Obama boosterism. “Any time there's a presidential campaign, it should be important to African Americans, and not just because one of the candidates is black.”

For TV One, which has never covered a political convention, the decision to be in Denver was simple. It wanted to showcase what it considers to be one of the most critical moments in African American history — a major party's coronation of an African American candidate. Its coverage, which comes at the expense of much of its usual lifestyle and entertainment programming, will be exhaustive.

It's planning to deliver live gavel-to-gavel coverage during prime time, just as mainstream news outlets CNN and C-SPAN do. That coverage will be supplemented by a freewheeling talk show, “TV One Live: DNC Afterparty,” featuring, among others, the Rev. Al Sharpton discussing the day's events, and segments on convention food and fashion.

“Our mission is to celebrate African American culture and to chronicle African American achievement,” said TV One Chairman Johnathan Rodgers, who is investing $1 million toward convention coverage — a considerable amount for a small network. “When the year started, this was not in our budget. But when he became the presumptive nominee, it just seemed like this was a sure thing for us.”

But TV One executives contend that Obama isn't getting a “rubber stamp” from the network. One of the hosts for the “Afterparty” program will be the Rev. Marcia Dyson, a strong supporter of Sen. Hillary Rodham Clinton (D-N.Y.). Also, comedian Sheryl Underwood, a Republican, will be one of the panelists as well.

“We've gotten folks who can discuss these issues and what's happening from all sides of the coin,” said Robert Branch, TV One's director of programming and production. “There will be balance from people who can speak with passion.”

Meanwhile, Black Entertainment Television is returning to limited journalism after abandoning its nightly newscast in 2005. The network will feature periodic reports and interviews from the floor and will broadcast Obama's acceptance speech live. It also will air a special live edition of its new weekly news show, “The Truth With Jeff Johnson.”

Kevin Brown, BET's vice president of news and public affairs, rejects the suggestion that his network might be biased in its coverage.