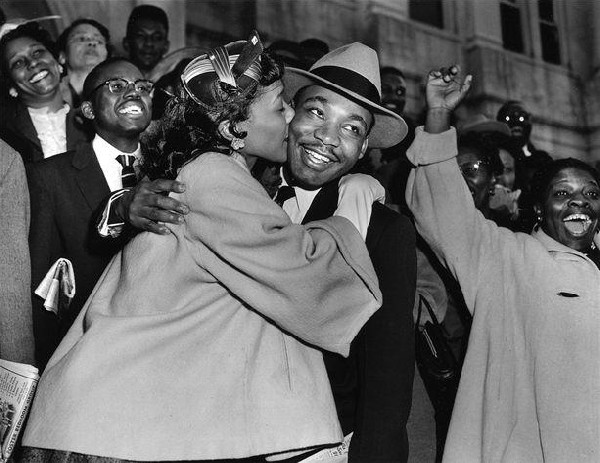 An author and minister who spent hours interviewing Coretta Scott King for her biography said Friday that she may abandon the project because of the drawn-out, public legal feud among the King siblings.

In a telephone interview with The Associated Press, the Rev. Barbara Reynolds said she did not want the 30-year relationship she shared with the civil rights matriarch tarnished by the ongoing fight among the Rev. Martin Luther King Jr.'s children.

“She was a woman of dignity, but I don't see anything dignified about all of this,” Reynolds said, noting that she'd like to finish the book with the family's blessing. “I just may walk away and refuse to write anything. I'm not going to soil that relationship nor that memory.”

The siblings are expected to appear Tuesday in Fulton County court to argue over who should have control of several personal papers, including intimate correspondences between their parents, that could be part of a $1.4 million publishing deal negotiated by Dexter King as head of his father's estate.

The lawsuit — one of three involving the Kings filed since July — could derail Reynolds' book deal. New York-based publisher Penguin Group is threatening to yank the contract if the papers are not turned over by Oct. 17.

Reynolds, who now lives in Maryland, said she's caught in the middle.

“I'm just a little fish out here that's in the way of this battle for control that's going on,” Reynolds said. “I am sure neither Dr. King nor Mrs. King would ever want me to disturb anybody's peace like this or be a part of any public war.”

Reynolds said her relationship with the Kings began in the 1970s, when Mrs. King invited her to the Martin Luther King Jr. Center for Nonviolent Social Change and she wrote a story about it while working as a reporter for the Chicago Tribune.

She frequently sought Coretta Scott King's counsel on the theory of nonviolence. Over the years, Reynolds said she stayed at the King family home in Atlanta and attended church with Coretta Scott King at Ebenezer Baptist Church — where Martin Luther King Jr. preached from 1960 until his death.

“She sent me birthday cards, Christmas cards,” Reynolds said. “I was never like a pal, but she was always my mentor.”

Reynolds said Mrs. King asked her to write her life story around 1996 or 1997, unsatisfied with other writers she had worked with on the project. The two visited for about a year and a half, but then the project “hit a snag,” Reynolds said. King died in January 2006 before the book was finished.