CRIME STORIES: Is Strangling The New Punishment for Shoplifting?

Back in May, a CVS worker chased down and strangled an unemployed barber to his death for allegedly attempting to steal several tubes of toothpaste. Although there were several people who witnessed the man begging for mercy as he gasped for air, police at the time said the CVS worker would not be charged. 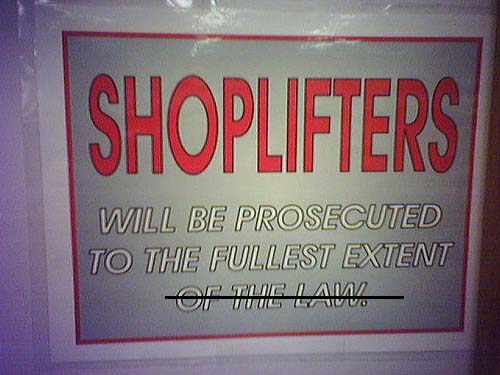 Did the word get around that it's okay to just kill somebody for stealing out the mall? It's only been four months and already a similar scene has taken place at a busy Quadrant Shopping Center in the UK.

According to reports, a 23-year-old shoplifter inside a store in the center was strangled to death for stealing a $35 bottle of fragrance. The shoplifter was allegedly held down by four security guards, while one of them is said to have used wholly inappropriate, excessive and unlawful means of restraint. He held him around the throat and continued to choke him despite members of the public screaming at him to stop, and the man begging for mercy as he gasped for air.

More when you continue…